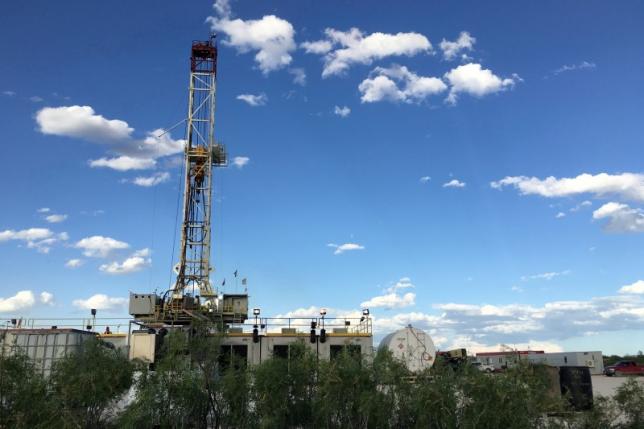 LONDON – Oil prices steadied near $47 a barrel on Tuesday as concerns over a glut of crude and refined fuel outweighed an expected cut in U.S. shale production and a probable further drawdown in U.S. crude inventories. Crude prices fell more than 1 percent in the previous session after worries about potential supply disruptions stemming from an attempted coup in Turkey proved unfounded. "We are about to enter a period where the crude oil markets could start to feel more fully the pressure resulting from the come-back of Iran," said Olivier Jakob at Petromatric consultancy. "Saudi Arabia is moving out of its peak seasonal demand for crude oil right when global refining margins are under strong pressure, and that is not a good combination." The market also awaited U.S. crude stocks data on Tuesday and Wednesday to help give direction to prices. Brent crude LCOc1 slipped 7 cents to $46.89 a barrel as of 1113 GMT, after falling 65 cents, or 1.4 percent, on Monday. U.S. crude, known as West Texas Intermediate (WTI), CLc1 slipped 5 cents to $45.19 a barrel after settling 71 cents, or about 1.6 percent, lower in the previous session. Fuel inventories in the United States, Europe and Asia are brimming despite this being the peak summer driving season, leading traders to store diesel on tankers at sea as growth in demand eases. With landed oil product storage nearly full as well, there is little support for any sustained recovery in crude prices even as output tapers. U.S. shale oil production is expected to fall in August for a 10th straight month, by 99,000 barrels per day (bpd) to 4.55 million bpd, according to a U.S. drilling productivity report on Monday. Further weighing on supply, U.S. commercial crude oil inventories probably fell by 2.2 million barrels last week, a Reuters poll showed on Monday. That would be the ninth consecutive week stocks have fallen. The poll was taken ahead of weekly oil stocks reports due on Tuesday from the American Petroleum Institute (API) and on Wednesday from the U.S. Department of Energy's Energy Information Administration (EIA). Giving some support to prices, China's crude oil imports - which slowed partly due to seasonal refinery maintenance in May and June - could rebound in the second half of the year as Chinese refineries further diversify sources of supply, shipbroker Banchero Costa (Bancosta) said in a report on Tuesday. China's crude imports increased 14.2 percent in the first half of this year, with most of the growth coming from huge increases in supply from Russia, Oman, Iraq and Brazil, said Ralph Leszczynski, head of research at Bancosta. –Reuters