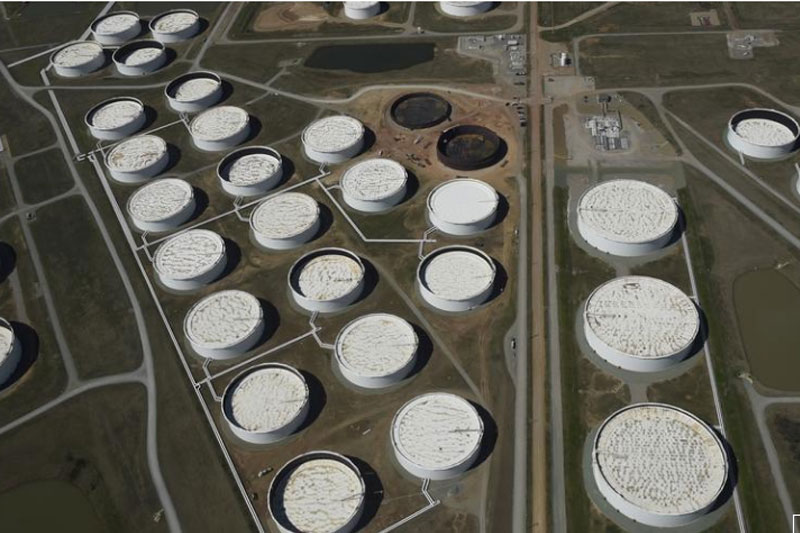 SINGAPORE (Reuters) - Oil prices rose on Friday, extending gains from the previous session, after OPEC and its allies agreed not to increase supply in April as they await a more substantial recovery in demand amid the coronavirus pandemic.

Both contracts surged more than 4% on Thursday after the Organization of the Petroleum Exporting Countries and allies, together called OPEC+, extended oil output curbs into April, with small exemptions to Russia and Kazakhstan.

“It just goes to show how much of a surprise the OPEC+ discipline is,” said Michael McCarthy, chief market strategist at CMC Markets.

“What makes the gain even more impressive is that it comes against a risk-off backdrop and a higher U.S. dollar,” he said.

Oil prices usually fall when the dollar rises as a higher greenback makes oil more expensive for buyers with other currencies.

Investors were surprised that Saudi Arabia had decided to maintain its voluntary cut of 1 million barrels per day through April even after oil prices rallied over the past two months.

“An array of factors coalesced to bring the parties together, but the resultant price increase will almost certainly push the parties to change their minds when they meet again on April 1, 2021,” commodity analysts at Citigroup said in a note.

“Whatever its rationale, from a pure market balancing perspective, OPEC itself has indicated that more than 2 million barrels per day (bpd) of oil will be required in the market by end-June. That need starts by mid- to late Apr’21, as refinery demand for crude starts growing before escalating through Aug’21.”

Analysts are reviewing their price forecasts to reflect the continued supply restraint by OPEC+ as well as U.S. shale producers, who are holding back spending in order to boost returns to investors.

“Oil prices could rip higher now that a tight market is likely up through the summer. WTI crude at $75 no longer seems outlandish and Brent could easily top $80 by the summer,” OANDA analyst Edward Moya said in a note.