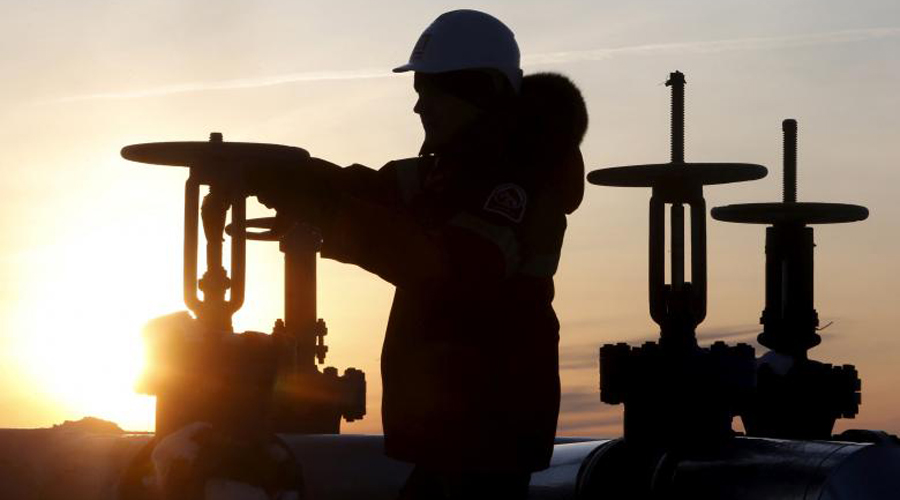 SINGAPORE - Oil prices fell over 1 percent on Monday, extending declines from last Friday as doubts re-emerged over the ability of major producers to cut output at a planned meeting on Wednesday aimed at reining in global oversupply. Brent crude futures LCOc1 were trading at $46.40 per barrel at 0035 GMT (7.35 am ET), down 84 cents, or 1.8 percent, from their last close. US West Texas Intermediate (WTI) crude futures CLc1 were down 74 cents, or 1.6 percent, at $45.32 a barrel. The falls came after prices declined more than 3 percent on Friday over disagreement between members of the Organization of the Petroleum Exporting Countries (OPEC) and non-OPEC exporters like Russia over which states should cut production by how much in order to curb a global production overhang that has more than halved prices since 2014. "Further doubts about OPEC's production cut agreement saw crude oil prices tumble," ANZ bank said on Monday. OPEC will meet in Vienna on Wednesday to decide on the details of a cut, potentially including non-OPEC members like Russia or Azerbaijan. A meeting between OPEC and non-OPEC producers that was to be held on Monday was called off after Saudi Arabia declined to attend. Saudi Arabia's energy minister Khalid al-Falih said on Sunday this was because no agreement within OPEC had been reached so far. Falih said that the oil market would balance itself in 2017 even if producers did not intervene, and that keeping output at current levels could therefore be justified. Morgan Stanley said on Monday that "cancelling a meeting with non-OPEC producers highlights the disagreements that remain within OPEC, but we still see at least a paper deal headline agreement as the most likely outcome. Beyond the planned output cut, Morgan Stanley said that the firm US-dollar .DXY was the strongest oil price driver. "Although Brent is down 57 percent since 2012, a 30 percent rise in the trade-weighted US-dollar has helped offset the impact for many producers," Morgan Stanley said. "This FX effect has helped some producers lower their cost curve materially during the downturn on top of traditional cost cutting," the US bank added. Since oil is traded in dollars, a strong greenback weighs on oil prices since it reduces costs and increases revenues for producers, especially those who operate domestically with other currencies, while it makes fuel purchases more expensive for importers that use their own currencies domestically, potentially hitting on demand. -Reuters