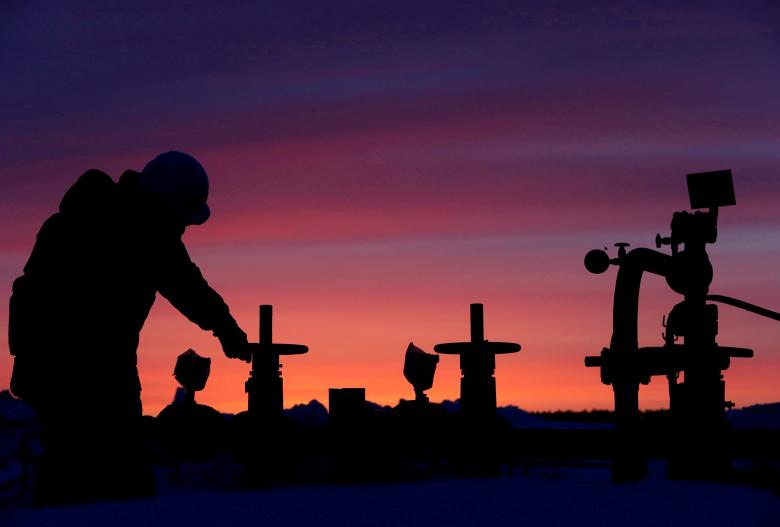 SINGAPORE - Crude oil prices bounced back on Wednesday as a decline in US inventories underpinned the market, although a dip in compliance with OPEC efforts to reduce output and near record supplies capped gains.

On Tuesday, WTI slid 2.4 percent to its lowest close since March 21 and Brent closed at its lowest level this year, erasing all of the gains made since OPEC agreed to reduce production in November.

"The lower oil gets, there is potential for forming a base. We are near lows made in March both in Brent and West Texas and if we do see, as many expect, a good run of draw in inventories into the summer, I think there is some upside potential."

The US government will release its Energy Information Administration (EIA) inventory data on Wednesday at 1430 GMT. "The supply of crude oil continues to decline. This is evident in both spot and forward supply data," commodities brokerage Marex Spectron said in a note.

Production from the Organization of the Petroleum Exporting Countries (OPEC) fell for a fourth straight month in April, a Reuters survey found on Tuesday, as top exporter Saudi Arabia kept production below its target while maintenance and unrest cut production in exempt nations Nigeria and Libya.

But more oil from Angola and higher UAE output than originally thought meant OPEC compliance with its production-cutting deal slipped to 90 percent from a revised 92 percent in March, according to Reuters surveys.

Crude oil discharged on ships worldwide in April was near a record high of 45 million barrels per day, according to Thomson Reuters Eikon data.

This indicates supplies remain high, but it also implies strong demand, especially from Asia. While OPEC countries are cutting production, exports of US crude oil to Asia have spiked. -Reuters