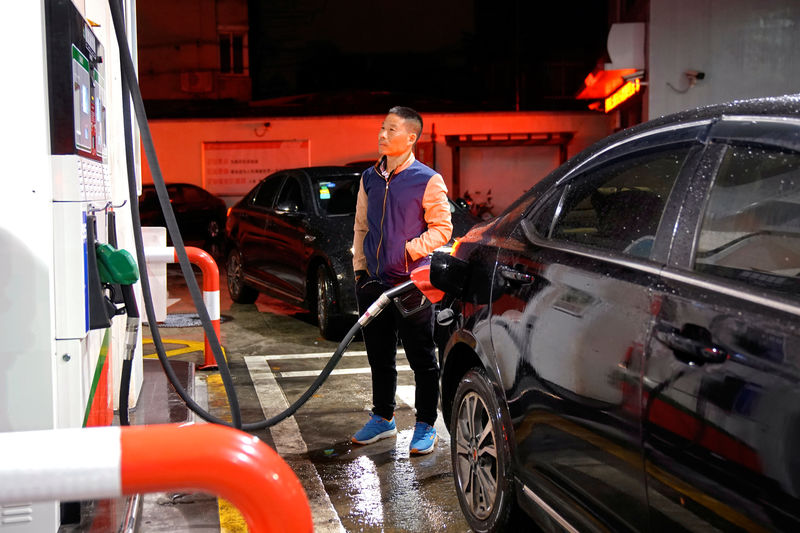 SEOUL (Reuters) - Oil prices rebounded on Tuesday after falling in the previous session on expectations that inventories in the United States may decline but increasing US production and concerns that OPEC may raise output continue to weigh on sentiment. Brent crude futures LCOc1 added 14 cents, or 0.19 percent, to $75.43 a barrel at 0301 GMT, after settling down 2 percent at $75.29. US West Texas Intermediate (WTI) crude CLc1 was up 32 cents, or 0.49 percent, at $65.07 a barrel. It finished the previous session 1.6 percent lower at $64.75. “It’s all about supply, whether it’s OPEC raising output or US increasing production, all roads lead to higher global oil supplies, which is leaving oil traders shaking in their boots,” said Stephen Innes, head of trading for Asia-Pacific at futures brokerage OANDA in Singapore. Reuters technical analyst Wang Tao said Brent may test a support at $75.05 a barrel, while WTI may test a support zone of $64.33-$64.41. “The gains are seen to be a technical rebound from the last session’s losses, but the market’s focus is on the OPEC meeting and how much Saudi Arabia and Russia would increase output,” said Kim Kwang-rae, commodity analyst at Samsung Futures in Seoul. The Organisation of the Petroleum Exporting Countries (OPEC) is due to meet in Vienna on June 22 to decide whether the group and non-OPEC members, including Russia, will raise production to ease concerns over potential supply shortfalls from Iran and Venezuela. Over the weekend, OPEC and non-OPEC Arab oil ministers agreed on the need for continued cooperation to balance global supply, Kuwait’s state news agency KUNA reported. Increasing US crude oil production has also put pressure on oil prices. In March, US crude output rose to 10.47 million barrels per day, the highest on record, according to a monthly report by the Energy Information Administration (EIA). The number of rigs drilling in the United States was also up by two in the week to June 1, bringing the total to 861, the most since 2015, General Electric Co’s  Baker Hughes energy services said . Industry group American Petroleum Institute (API) is due to release its data for last week’s US crude oil inventories at 2030 GMT on Tuesday, and the EIA report is scheduled at 1430 GMT. US crude stocks were forecast to fall about 2.5 million barrels on average in the week ended June 1, according to five analysts polled ahead of the reports. The United States is the world’s biggest oil consumer.