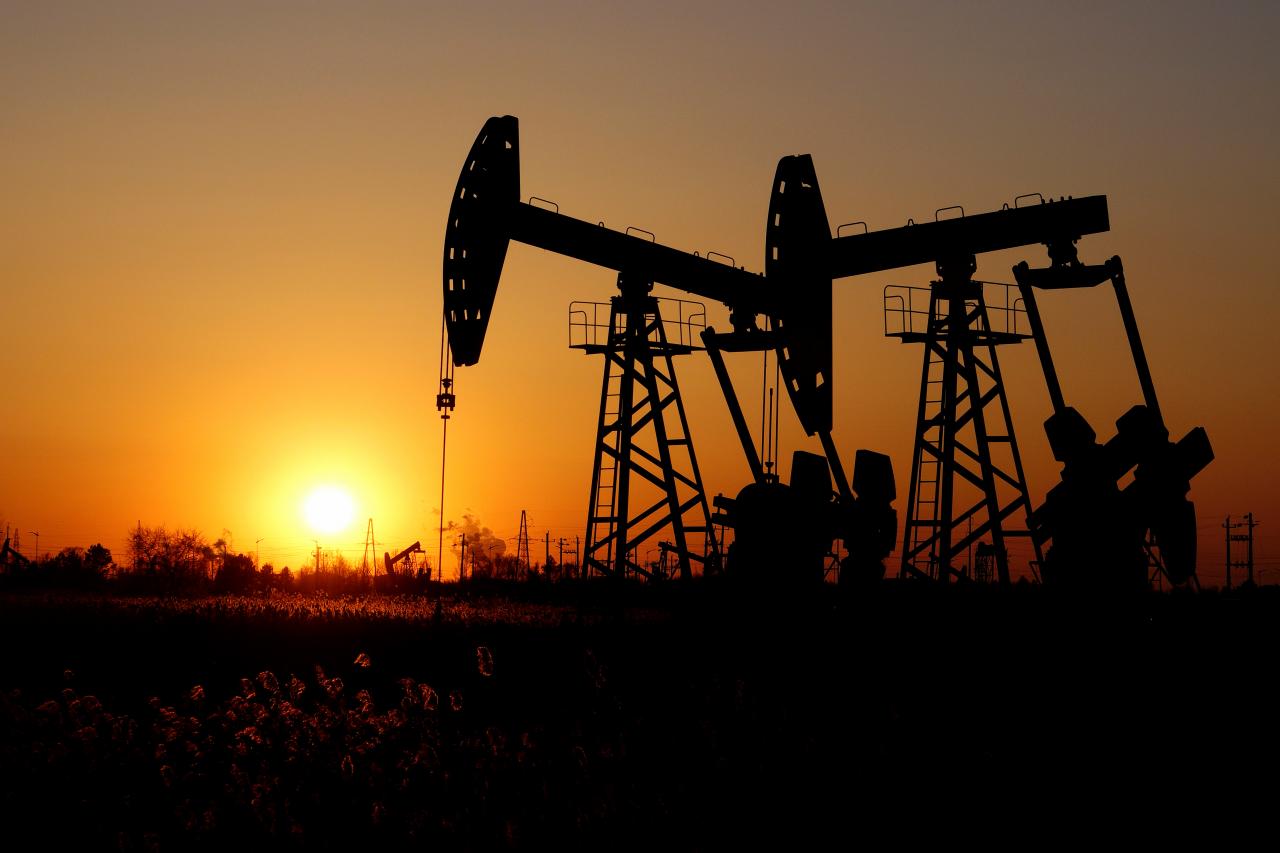 SEOUL (Reuters) - Oil prices rose more than 1 percent on Monday on signs that the recent price plunge may start crimping supply from the U.S., currently the world’s biggest oil producer, though concerns about global economy continues to weigh. International benchmark Brent crude LCOc1 futures rose 60 cents, or 1.1 percent, to $54.42 a barrel at 0408 GMT. Prices climbed to as high as $54.66. US West Texas Intermediate (WTI) crude futures CLc1 were up 37 cents, or 0.8 percent, to $45.96 a barrel after earlier climbing to as high as $46.24. Crude prices rebounded from a sharp declines last week. Brent fell 11 percent for the week, dropping to its lowest since September 2017 on Friday, while WTI also dropped 11 percent last week, its worst weekly performance since January 2016. Both benchmarks down more than 35 percent from their recent peaks in early October. The price plunge has caused U.S. shale oil producers to curtail drilling plans for next year. The boom in U.S. shale output has boosted the country into the top producer spot over traditional suppliers Saudi Arabia and Russia. The industry is at the centre of U.S. President Donald Trump’s calls to boost the country’s energy independence. “In the short term, it doesn’t seem oil prices would drop further because WTI has broken the $50 resistance level and U.S. President Trump would not want to see WTI falling further to support U.S. shale industry,” said Kim Kwang-rae, a commodity analyst at Samsung Futures in Seoul. Still, the macroeconomic picture and its impact on oil demand continue to pressure prices. Global equity markets have plunged amid concerns of slowing trade flows, especially with the trade war between the U.S. and China, the world’s two biggest economies. Equity markets in Asia were moderately higher on Monday, though trading was limited because of the Christmas holiday on Dec. 25. Furthermore, even with the signs of slowing U.S. supply, global production remains in excess of demand. The Organization of Petroleum Exporting Countries (OPEC) and Russia agreed earlier this month to cut oil production by 1.2 million barrels per day (bpd) starting in January to address the supply issues. Should they not be enough to balance the market, OPEC and its allies will hold an extraordinary meeting, the United Arab Emirate’s energy minister Suhail al-Mazrouei said on Sunday. “Oil ministers are already taking to the airwaves with a ‘price stability at all cost’ mantra,” said Stephen Innes, head of trading for Asia-Pacific at futures brokerage Oanda in Singapore. Mazrouei said a joint OPEC and non-OPEC monitoring committee would meet in Baku in late February or early March. Adding to concerns about oversupply, the number of active U.S. rigs for drilling oil rose by 10 in the week ended Dec. 21 to 883, according to a report by General Electric Co’s (GE.N) Baker Hughes energy services firm.