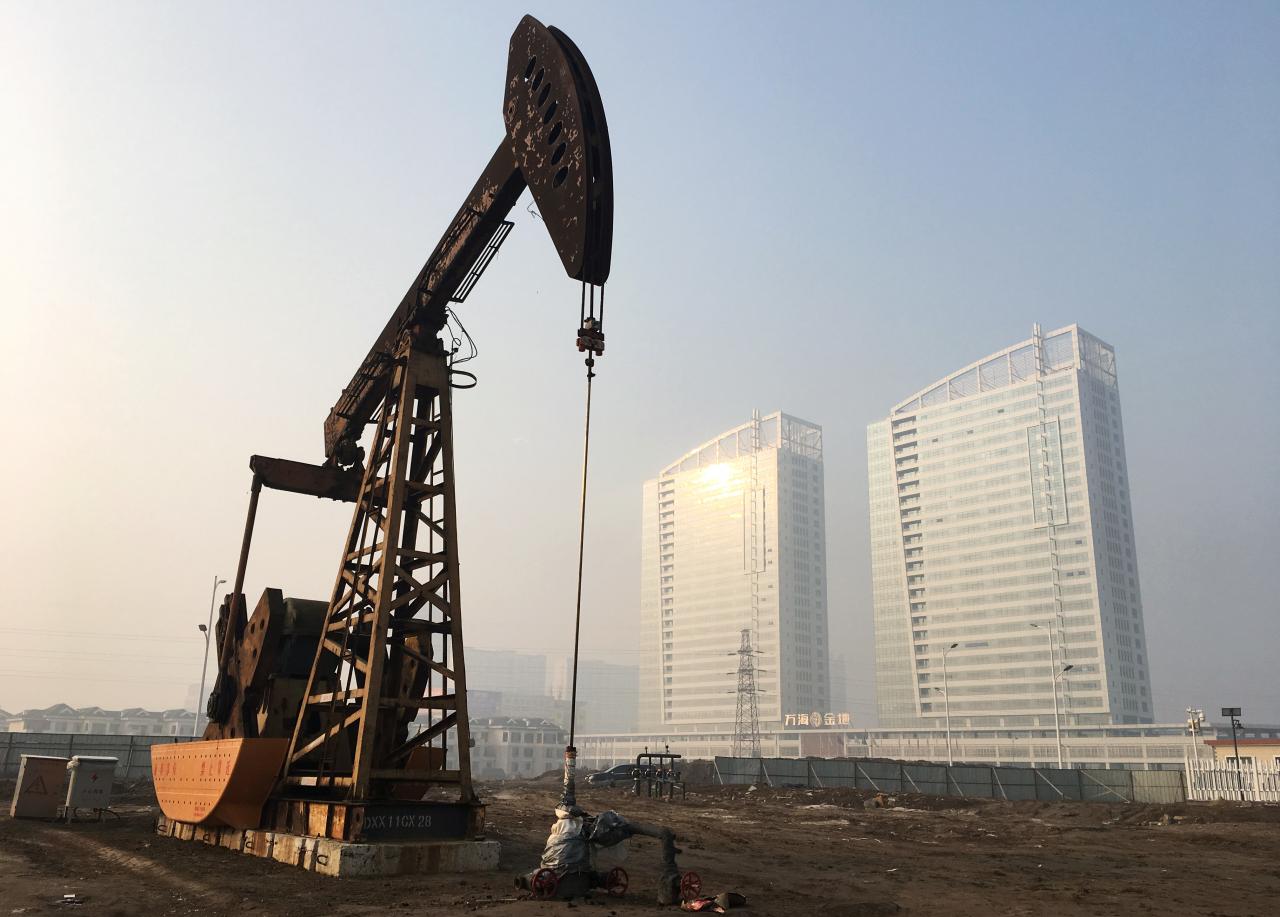 SINGAPORE (Reuters) - Oil prices rose to their highest for 2019 on Monday after data showed refinery processing in China, the world’s second-largest oil consumer, climbed to a record in 2018, despite a slowing economy last year. Prices are further being supported by supply cuts led by the Organization of the Petroleum Exporting Countries (OPEC), analysts said. International Brent crude oil futures LCOc1 were at $62.94 per barrel at 0404 GMT, up 24 cents, or 0.4 percent, from their last close. Brent earlier rose above $63 for the first time in 2019. US West Texas Intermediate (WTI) crude futures CLc1 were at $54.05 a barrel, up 25 cents, or 0.5 percent. It was the first time this year that WTI rose above $54 a barrel. Traders said the price rises came after data released by China’s National Bureau of Statistics on Monday showed crude oil refinery throughput climbed to record 603.57 million tonnes in 2018, or 12.12 million barrels per day (bpd), up 6.8 percent from the previous year. The strong oil demand figures came despite China’s 2018 economic growth slowing to the weakest in 28 years, at 6.6 percent versus 6.8 percent in 2017. Although the slowdown was in line with expectations and not as sharp as some analysts had expected, the cooling of the world’s second-largest economy casts a shadow over global growth. “The global outlook remains murky, despite emerging positives from a dovish Fed (now boosting US mortgage applications), faster China easing (China credit growth stabilizing) and a more durable US-China truce,” US bank JP Morgan said in a note. Despite this, analysts said supply cuts led by OPEC would likely support crude oil prices. “Brent can remain above $60 per barrel on OPEC+ compliance, expiry of Iran waivers and slower U.S. output growth,” J.P. Morgan said. It recommended investors should “stay long” crude oil, referring to buying futures in the expectation that prices will rise. Researchers at Bernstein Energy said the supply cuts led by OPEC “will move the market back into supply deficit” for most of 2019 and that should cause prices to rise to $70 a barrel before the end of the year. In the United States, energy firms cut the number of rigs drilling for oil by 21 in the week to Jan. 18, taking the total count down to 852, the lowest since May 2018, energy services firm Baker Hughes said in a weekly report on Friday. It was biggest decline since February 2016, as drillers reacted to the 40 percent plunge in US crude prices late last year. However, US crude oil production C-OUT-T-EIA still rose by more than 2 million bpd in 2018, to a record 11.9 million bpd. With the rig count stalling, last year’s growth rate is unlikely to be repeated in 2019, although most analysts expect annual production to average well over 12 million bpd, making the United States the world’s biggest oil producer ahead of Russia and Saudi Arabia.