Oil rises on weaker dollar after US crude stock draw 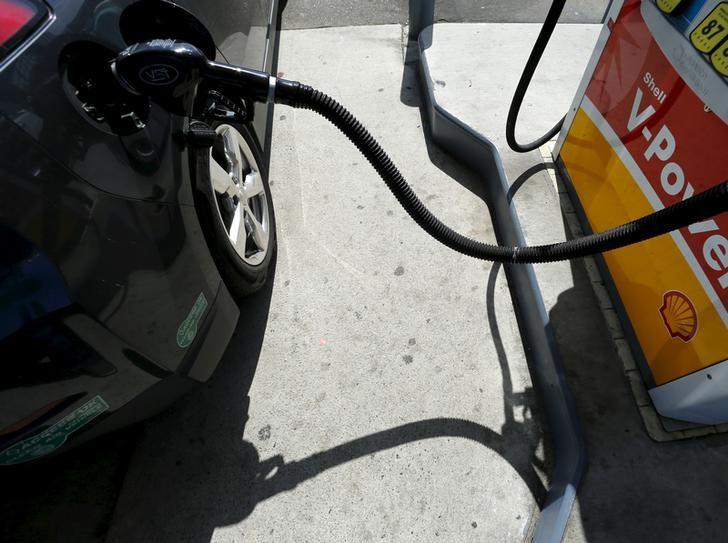 Oil rises on weaker dollar after US crude stock draw

LONDON – Oil rose for a second day on Thursday as a weaker dollar and a surprisingly large drop in U.S. crude inventories emboldened investors ahead of next week's meeting between OPEC members and Russia to discuss supply.
Brent crude futures LCOc1 rose 44 cents to $47.27 a barrel by 1100 GMT, or a 3.2 percent gain so far this week, while U.S oil futures CLc1 were up 47 cents at $45.81 a barrel. The U.S. Energy Information Administration (EIA) on Wednesday reported a 6.2 million barrel drop in crude oil inventories last week, the second biggest drop in a year.[EIA/S] The drawdown, along with a more benign outlook for U.S. monetary policy, overshadowed news Russian oil output hit a new record above 11 million barrels per day this week and that Libya had exported its first oil cargo since at least 2014 from the port of Ras Lanuf. "In a way, this strength is justified," PVM Oil Associates strategist Tamas Varga said. "It is also justified because of the upcoming informal OPEC meeting and it's only logical that a few days before that meeting, shorts will start covering and yesterday's stock figures provided the perfect excuse," he said. Oil got an additional lift from a drop in the dollar to its lowest against the yen JPY= in four weeks after the U.S. Federal Reserve kept monetary policy unchanged and signaled rates may rise more slowly than it had previously expected. A weaker dollar makes energy imports cheaper for oil-reliant nations while low U.S. rates mean credit will remain easier to come by. Next week, the world's largest producers will gather in Algiers to discuss ways to stabilize the oil market, including a potential freeze in output, which is already at, or near, record highs in countries such as Russia and Saudi Arabia. Analysts are not attaching a high chance to a deal materializing and, even if it did, whether or not it would be enough to help clear the global overhang of crude supplies. "I wouldn't exclude seeing further strength today and tomorrow, but when the meeting is over, the downtrend is going to resume," PVM's Varga said, adding that a drop below $45 a barrel in Brent could be on the cards. With global production still higher than consumption, analysts are looking for prices to remain broadly range-bound. "In a world of continued (U.S.) shale productivity gains that cause other oil producing regions around the world to become highly focused on cost competitiveness, we believe investors and companies should prepare for an environment of range-bound oil prices," Goldman Sachs said in a note to investors published late on Wednesday. –Reuters