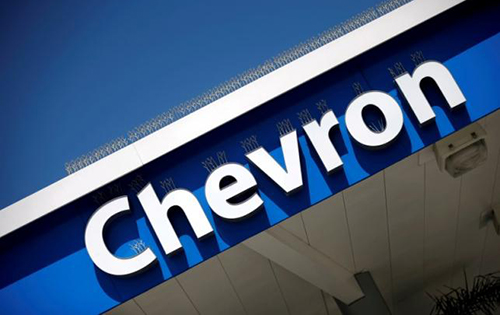 HOUSTON – Chevron Corp (CVX.N) posted its worst quarterly loss since 2001 on Friday and Exxon Mobil Corp (XOM.N) reported a 59 percent slide in profit, as the long crude price rout CLc1LCOc1 and tumbling refining income inflicted pain across the energy sector. The weak results from two of the world's largest oil producers come as the energy industry is at a crossroads, trying to survive in an era of low prices, which many analysts see as the new status quo, while funding expensive growth projects crucial for long-term survival. "It's a challenging environment for the integrated" oil producers, said Brian Youngberg, an energy analyst with Edward Jones. "The key is to manage the cash flow as best they can and continue to execute on projects, which they do appear to be doing." Exxon, the world's largest publicly traded oil producer, shocked Wall Street as its quarterly profit missed expectations, sending its shares down as much as 4.5 percent on Friday. Its profit from producing oil and gas fell about 85 percent to $294 million. In the United States, where Exxon is the largest natural gas producer and a major oil producer, the company lost money. Exxon executives defended their business model, saying they have the financial flexibility to do many things, including large acquisitions, while maintaining their dividend. The company did cut most of its share buyback program earlier this year. Standard & Poor's downgraded the company's vaunted "AAA" credit rating to "AA+" earlier this year, as dividends and capital expenditures were exceeding cash flow. This month Exxon said it would pay more than $2.5 billion in stock for InterOil Corp (IOC.N), expanding its push into the Asian liquefied natural gas market. Chevron, the second-largest U.S.-based oil producer, reported its largest quarterly loss in 15 years, with Chief Executive Officer John Watson acknowledging the company is in the midst of an "ongoing adjustment to a lower oil price world." The company lost $1.47 billion in the quarter, compared with a net profit of $571 million in the year-ago period. Still, Chevron's results beat expectations, with analysts confident in the company's ability to cut costs as it brings several large projects online in the next few years. The results from both companies came after disappointing results from European peers Shell and BP earlier this week. 'RESOLUTE' ON DIVIDENDS The weak results could force the companies to reconsider their long-held policies of maintaining and growing their quarterly dividends, especially after ConocoPhillips (COP.N), Marathon Oil Corp (MRO.N) and others cut their payouts earlier this year. So far during this two-year downturn Exxon and Chevron have held their dividends as sacrosanct, while curbing stock repurchases. Chevron Chief Financial Officer Pat Yarrington sidestepped questions about a potential dividend increase later this year on the company's quarterly conference call, saying only the board of directors "fully understands the value of a dividend increase." Jeff Woodbury, Exxon's head of investor relations, said on a call with investors that the company was "resolute in our commitment to pay a reliable and growing dividend." After providing bumper profits early in the downturn as cheap crude slashed their costs, refiners saw the income erode this quarter on fuel oversupply. The refining industry has been hammered of late by growing fuel inventories and weak demand, denting its profitability. The oversupply has led to so-called run cuts, in which refiners trim the amount of crude they process. Exxon processed 4 percent less crude in the quarter than a year ago and produced less gasoline. "Once the product tanks are full, as they are now, and you even have floating product storage in places like New York harbor, then you know that the situation is bad. You have to cut runs," said Oystein Berentsen, managing director for crude oil trading firm Strong Petroleum in Singapore. Exxon shares dropped 1.8 percent to $88.57 while Chevron eased 0.3 percent to $102.06. –REUTERS