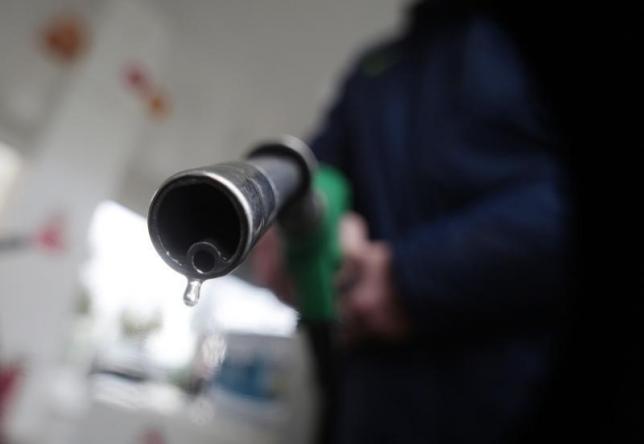 NEW YORK - Oil sank to six-month lows on Monday with Brent crude falling below $50 a barrel on sluggish U.S. and Chinese economic data and bets for weaker gasoline consumption in the United States after tearaway demand earlier in the summer. Evidence of growing global oversupply and a stock market collapse in China, the world's largest energy consumer, have weighed on oil for weeks, leading in July to U.S. crude futures' largest monthly decline since the 2008 financial crisis. On Monday, the rout deepened as U.S. gasoline fell its most in a day in 10 months. Supply worries aside, traders pinned the latest losses on sluggish U.S. and Chinese data. U.S. consumer spending advanced at its slowest pace in four months in June as demand for automobiles softened. Growth in Chinese manufacturing, meanwhile, unexpectedly stalled in July. "Economic weakness has set the tone," said Matt Smith, director of commodity research at ClipperData, a New York-based energy database. "But the gasoline crack spread is also unraveling," Smith said, referring to the difference between gasoline and U.S. crude prices, which sets the profit margin for refiners. Brent LCOc1, the global benchmark for crude, was down $2.35, or 4.5 percent, at $49.86 a barrel by 2:05 p.m. EDT. Brent's session bottom of $49.52 was the lowest since Jan. 30. U.S. crude CLc1 was down $1.75, or 3.7 percent, $45.37. "The chart is looking anything but constructive," said Fawad Razaqzada, technical analyst in London for forex.com, who expects U.S. crude to test its March low of $42.03 and Brent its January bottom of $45.19. Gasoline RBc1 fell about 5 percent, its most in a day since Sept. 2. The gasoline crack, or spread with U.S. crude CL-RB1=R, narrowed to below $26, its lowest in more than a week. A Reuters survey last week showed oil output by the Organization of the Petroleum Exporting Countries (OPEC) reached the highest monthly level in recent history in July. The survey showed Saudi Arabia and other key OPEC members are keen to defend market over crude prices, which are down 12 percent this year, after last year's 48 percent tumble. Hedge funds and other speculators have cut their bullish exposure to U.S. crude to a near 5-year low, trade data showed on Friday, as local drillers added rigs and pumped at full throttle despite the global oil glut. [RIG/U] Large investors in Brent also cut their holdings last week by the most in percentage terms since September 2014. - REUTERS