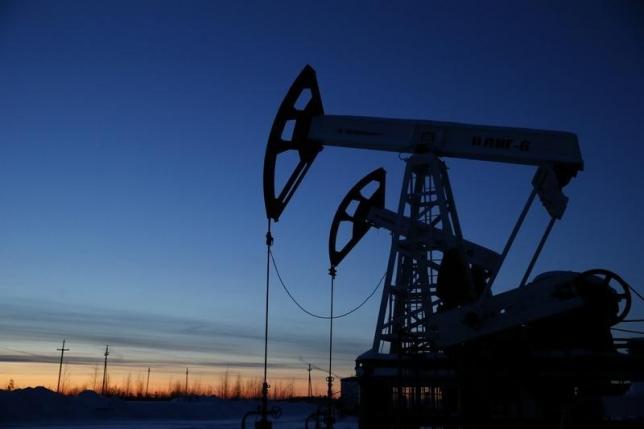 LONDON – Brent oil fell more than 5 percent on Tuesday, while U.S. crude slid below $30 per barrel, hit by worries about the demand outlook and rising supply, while hopes for a deal between OPEC and Russia on output cuts faded.

Russia's energy minister and Venezuela's oil minister discussed the possibility of holding joint consultations between OPEC and non-OPEC countries in the near future, the Russian Energy Ministry said on Monday.

But Goldman Sachs said it was "highly unlikely" the Organization of the Petroleum Exporting Countries would cooperate with Russia to cut output, saying such a move would also be self-defeating as stronger prices would bring previously shelved production back to the market.

"It's hard to see a successful agreement between OPEC and Russia to cut production and people are starting to see that," said Andy Sommer, senior energy analyst at Axpo Trading in Dietikon, Switzerland.

He said there was a good chance that oil could fall back below $30 per barrel this month.

Didier Houssin, president of French Institute for Petroleum and New Energies said that a deal would benefit Russia and OPEC's main competitor, the United States.

"There is no way U.S. producers will respect any OPEC – Russia deal meanwhile, they will be the first to benefit from any price recovery by ramping up production," Houssin said.

Underlining the well-supplied nature of the market, Russia's oil output rose to 10.88 million barrels per day (bpd) in January, from 10.83 million bpd in December, Energy Ministry data showed on Tuesday.

Stockpiles are still on the rise, leading many to speculate that global storage may be close to capacity, Sommer said.

The American Petroleum Institute, an industry group, releases its weekly inventory report later on Tuesday, while data from the U.S. government's Energy Information Administration is due on Wednesday.

Investors await economic data later in the week, including U.S. nonfarm payroll and unemployment figures and producer prices from the euro zone.

The tumbling crude price has hit oil majors, with BP slumping to its worst annual loss in more than 20 years last year, its results showed. Its shares fell more than 8 percent. Exxon, meanwhile, reported a 58 percent fall in quarterly profit and said it would cut spending in 2016 by a quarter. –Reuters