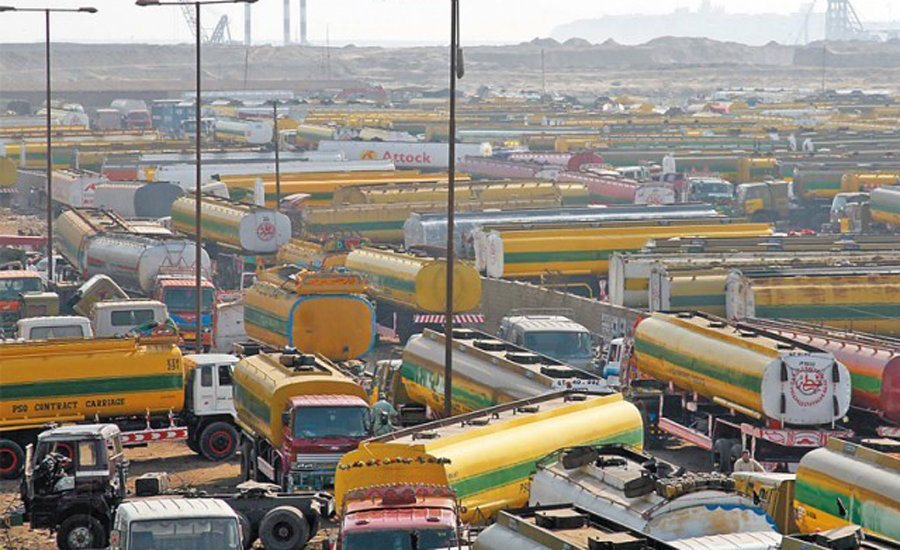 KARACHI (92 News) – The All Pakistan Oil Tankers Association (APOTA) has on Monday went on a strike across the country against collecting double toll tax and abusive behavior of traffic police. The APOTA representatives said that the strike is to protest against the safety regulations of Oil and Gas Regulatory Authority (OGRA) as well as against the penalties levied by Motorway police. The APOTA representatives said that it is difficult for them to continue work in such atmosphere as OGRA and Motorway police are treating them unfairly, making the situation worse. The association members have decided to not supply oil to fuel stations in protest for an indefinite period. The members of the tanker union asked the government to solve their demands. On the other hand, petrol shortage is feared across the country as the strike of Oil Tankers Association went on a strike.