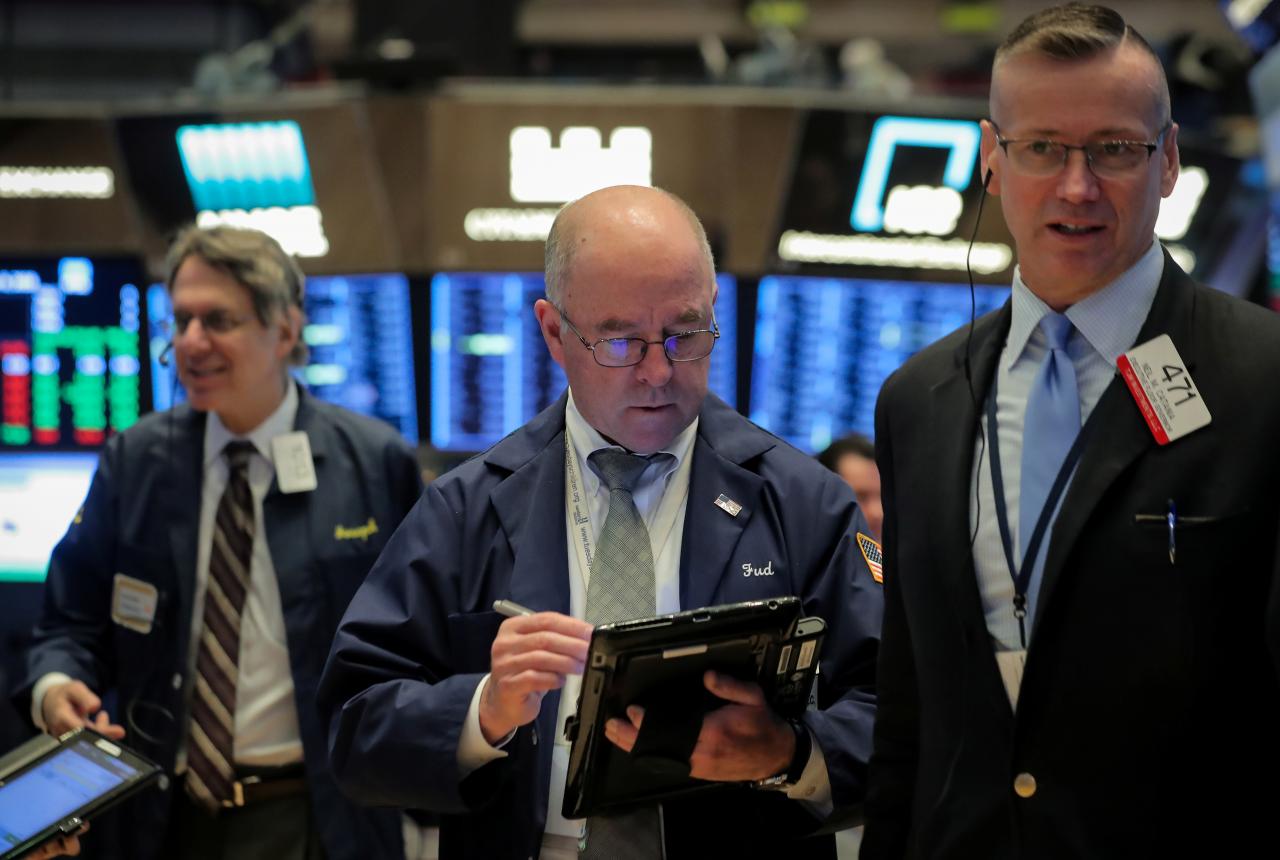 NEW YORK (Reuters) - Oil prices plunged on concerns about oversupply, sending world stock markets lower as lagging energy shares weighed down Wall Street. Both Brent and US crude fell to their lowest levels since October 2017 and were on course for their biggest one-month decline since late 2014. Although the Organization of the Petroleum Exporting Countries is expected to curb output, rising US oil supply has fuelled persistent concerns about a global surplus. Tumbling oil prices pushed US energy shares down more than 3 percent. As a result, the benchmark S&P 500 stock index ended lower to confirm correction territory, having dropped more than 10 percent from its record closing high in late September. Trading volume was light in a shortened session after the Thanksgiving holiday. MSCI’s gauge of stocks across the globe also fell. Underwhelming economic data from Europe also dimmed market sentiment, investors said. Surveys of German and euro zone purchasing managers came in weaker than expected. “Oil dropped, and some of the numbers from Europe have been a little weak,” said John Carey, managing director and portfolio manager at Amundi Pioneer Asset Management in Boston. “Today just confirms the recent weakness due to persisting worries about the economy and the effect of higher interest rates on price-to-earnings multiples, borrowing costs and so forth.” Prices of base metals, including nickel and copper, fell sharply on worries of weakening demand in China and a slowdown in global growth as a result of trade tensions between China and the United States. In response to falling oil and US stock prices, benchmark US Treasury yields fell to eight-week lows as investors moved to safe-haven buying of long-dated US government bonds. The dollar index .DXY, which measures the greenback against a basket of six currencies, also advanced, up 0.25 percent, in keeping with the theme of declining risk appetite. The Dow Jones Industrial Average fell 178.74 points, or 0.73 percent, to 24,285.95, the S&P 500  lost 17.37 points, or 0.66 percent, to 2,632.56 and the Nasdaq Composite  dropped 33.27 points, or 0.48 percent, to 6,938.98. Benchmark 10-year notes US10YT=RR last rose 4/32 in price to yield 3.0463 percent, from 3.061 percent late on Wednesday. US stock and bond markets closed early on Friday. They were closed on Thursday for the Thanksgiving holiday. US crude CLcv1 dropped $4.21 to settle at $50.42 a barrel, a 7.71 percent decline. Brent LCOcv1 settled $3.80 lower to $58.80 a barrel, down 6.07 percent on the day. The MSCI All-Country World Index .MIWD00000PUS shed 0.52 percent. In contrast to US stocks, European equities rose, led by a rally in Italian stocks  as the country's bond yields fell after a press report that EU Affairs Minister Paolo Savona is considering resigning over the government's decision to challenge European Union budget rules. Savona denied the report. The pan-European STOXX 600 index rose 0.4 percent. In currency markets, disappointing survey data from European purchasing managers pushed the euro down 0.7 percent. The pound was down 0.6 percent on concerns over the passage of an agreement for Britain to leave the European Union.