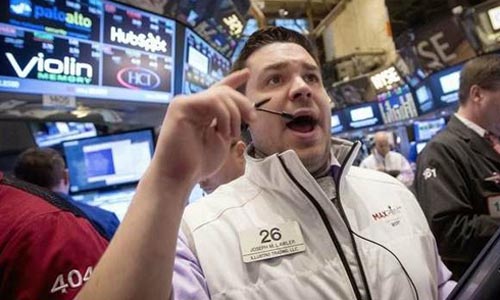 SINGAPORE - Oil prices rose on Thursday on strong German economic data and uncertainty about negotiations on Iran's nuclear program, even as a strong dollar curbed oil's bounce a day after futures tumbled 6 percent. Brent crude rallied 4 percent intraday as European equities strengthened on German industrial output and trade data and Greece's repayment of a loan to the International Monetary Fund. [MKTS/GLOB] Also supportive was Iran saying it will only sign a final nuclear accord if all sanctions imposed over its disputed nuclear program are lifted the same day. "The German data provided some lift early because it comes even before the expected economic boost from central bank quantitative easing and any sign that an agreement with Iran isn't going to get done is bullish," said Phil Flynn, analyst at Price Futures Group in Chicago. Dollar-denominated oil pared gains on the strong dollar, which was driven higher by sentiment that US interest rates inevitably will rise. [USD/] Brent May crude LCOc1 rose $1.02 to settle at $56.57 a barrel, having reached $58.02. US May crude CLc1 rose 37 cents to settle at $50.79, after hitting $52.07. US crude's Tuesday close near $54 was the strongest since Dec. 30. "The dollar's strength helped pull crude off the highs and the big jump in inventories is still a factor," said Gene McGillian, senior analyst at Tradition Energy in Stamford, Connecticut. Government data on Wednesday showed US crude inventories surged 10.95 million barrels to a record 482.4 million last week, the biggest weekly gain in 14 years. [EIA/S] News late Tuesday that Saudi Arabia's production rose to 10.3 million barrels a day (bpd) in March also sparked Wednesday's tumble. An adviser to Saudi oil minister Ali al-Naimi struck a hopeful note on Thursday, saying that this price slide was temporary and that global oil demand was expected to grow annually by up to 1 million bpd. Iranian oil minister Bijan Zanganeh said in Beijing on Thursday that OPEC would "coordinate" to accommodate Iran's return to oil markets without causing a price crash. OPEC's strategy of holding output steady is not working and members should discuss production levels before June's meeting, Zanganeh said. OPEC's ability to coordinate will be under scrutiny as the situation in Yemen and other conflicts in the region keep relations between Iran and Saudi Arabia tense. - Reuters