O'Keefe to pressure Lyon for selection in Sydney test 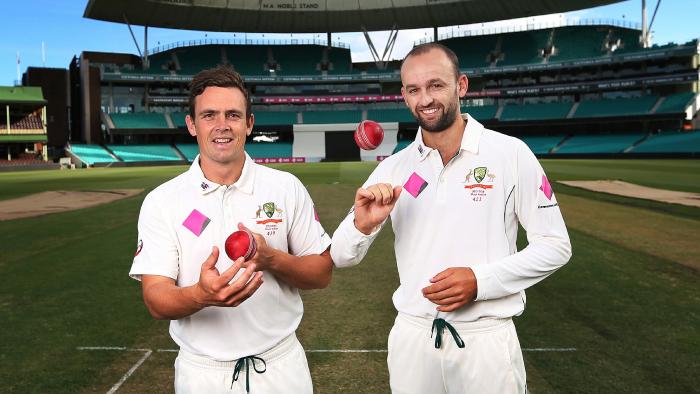 O'Keefe to pressure Lyon for selection in Sydney test

MELBOURNE - Australia are set to include Stephen O'Keefe in their squad for the third and final test against Pakistan in Sydney, putting first-choice spinner Nathan Lyon under pressure to perform ahead of the tour to India in February. Left-armer O'Keefe did not travel to Adelaide with the Sydney Sixers for their domestic Twenty20 match on Saturday and could bowl in a twin spin attack at the Sydney Cricket Ground test which starts on Tuesday. "I think we probably would (include a second spinner)," Australia coach Darren Lehmann said on Friday. "We did last year obviously, and I think we probably will again." O'Keefe teamed with Lyon against West Indies at the SCG in January and both took three wickets in the first innings of the rain-affected draw. The pair also bowled in tandem in the first test against Sri Lanka in Kandy in July before O'Keefe suffered a hamstring tear and was sidelined for the rest of the tour. Lyon has laboured in Australia's home test series against South Africa and Pakistan, and Smith would not back the right-arm off-spinner to play in Sydney when asked about the his spot after day four on Thursday. "He obviously hasn't bowled at his best in the last couple," Smith said of Lyon. "It's never easy bowling against subcontinent players when the ball isn't doing a lot off the wicket as well. I guess we're looking for Nathan to just be a little bit more consistent in the way he bowls." O'Keefe's inclusion would also spell trouble for rookie number six batsman Nic Maddinson, who is under pressure to retain his place after a series of failures in his first three tests. Lehmann said selectors would look at including an all-rounder in the Sydney squad to reinforce the fast bowlers if they opted to use two spinners. Uncapped all-rounder Hilton Cartwright was selected in the squad for the Melbourne test but overlooked, with the side unchanged from the team that won by 39 runs in the series-opener in Brisbane. Maddinson, the only one of Australia's top six batsman who has failed to perform against Pakistan, could end up making way for Zimbabwe-born Cartwright. -Reuters