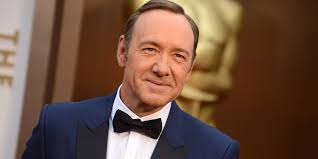 LONDON - Stars of stage and screen have paid tribute to Hollywood actor Kevin Spacey at a special gala event as his 11-year tenure at London's The Old Vic theatre comes to an end. The two-times Academy Award winner took over as artistic director in 2003 and is widely credited with helping turn around the once struggling theatre. Sunday night's gala was hosted by "Downton Abbey" actor Hugh Bonneville who praised Spacey's work at the theatre. "Not only has he brought his own stage talent as an actor to The Old Vic and given it that bit of Hollywood glamour, if you like, because he is such an amazing stage, as well as screen, actor, but he's really dug the roots of The Old Vic deeper than they were before," he said on the red carpet. "They've brought actors from America, actors from Britain together and have spread that stage talent all over the world, so where do you start? He can do everything. And he can play the harmonica." Spacey, 55, has starred in nine productions at the theatre, including the critically acclaimed "Richard III". "What Kevin's done is literally made a massive difference to what was an old building that, actually, nobody came to," Sally Greene, The Old Vic Chief Executive, said. The star of "The Usual Suspects", "American Beauty" and Netflix political thriller "House of Cards" won a Special Award at the London theatre Olivier Awards this month in acknowledgement of his work at The Old Vic. The theatre, which opened in 1818 and has seen a host of names such as Laurence Olivier, John Gielgud and Peggy Ashcroft perform on its stage, has appointed theatre director Matthew Warchus as Spacey's successor. - Reuters