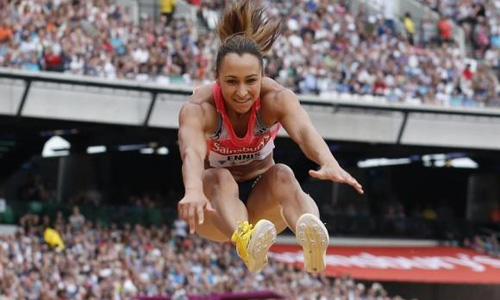 LONDON - Olympic champion Jessica Ennis-Hill will return to competition for the first time in almost two years when she runs in the 100 meters hurdles at the Great City Games in May. The 29-year-old Briton, who won gold in the heptathlon at the London 2012 Olympics, gave birth to a son last year and made her last appearance at London's Anniversary Games in July 2013 when she finished fourth in the 100 hurdles. Ennis-Hill will line up at the Manchester street event on May 9 as she begins her preparations for the Rio Olympics in 2016. "I'm really looking forward to making my competitive return. The atmosphere in Manchester is always amazing," she said. - REUTERS