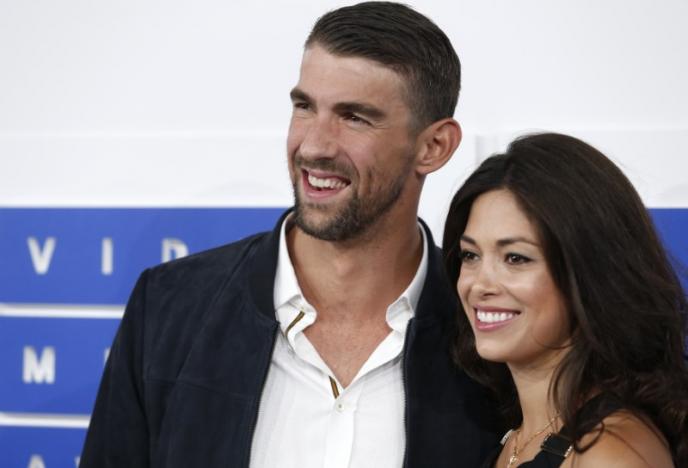 NEW YORK - Olympic swimming star Michael Phelps, unbeknownst to the world, competed at the 2016 Summer Games in Brazil as a married man, having quietly wed his fiancée, former Miss California Nicole Johnson, weeks earlier, court records made public showed. Phelps and Johnson, both 31, tied the knot in Paradise Valley, Arizona, on June 13, but have not publicly announced the nuptials, the Arizona Republic newspaper reported, citing a marriage document the paper published on its website. Phelps revealed the couple's engagement in February 2015. Representatives for Phelps could not be immediately reached for comment on Thursday. According to the newspaper, the former Miss USA contestant posted a photo on Instagram of herself, Phelps and their months-old son, Boomer, in casual clothes on the day of the marriage with a caption reading: "Such a memorable night with my lil fambam." Shortly after, Phelps competed in the Rio de Janeiro Games, where he won the 23rd, and presumably final, Olympic gold medal of his career. Phelps, the most decorated athlete in Olympic history, declared that the Rio Games would be his last. -Reuters