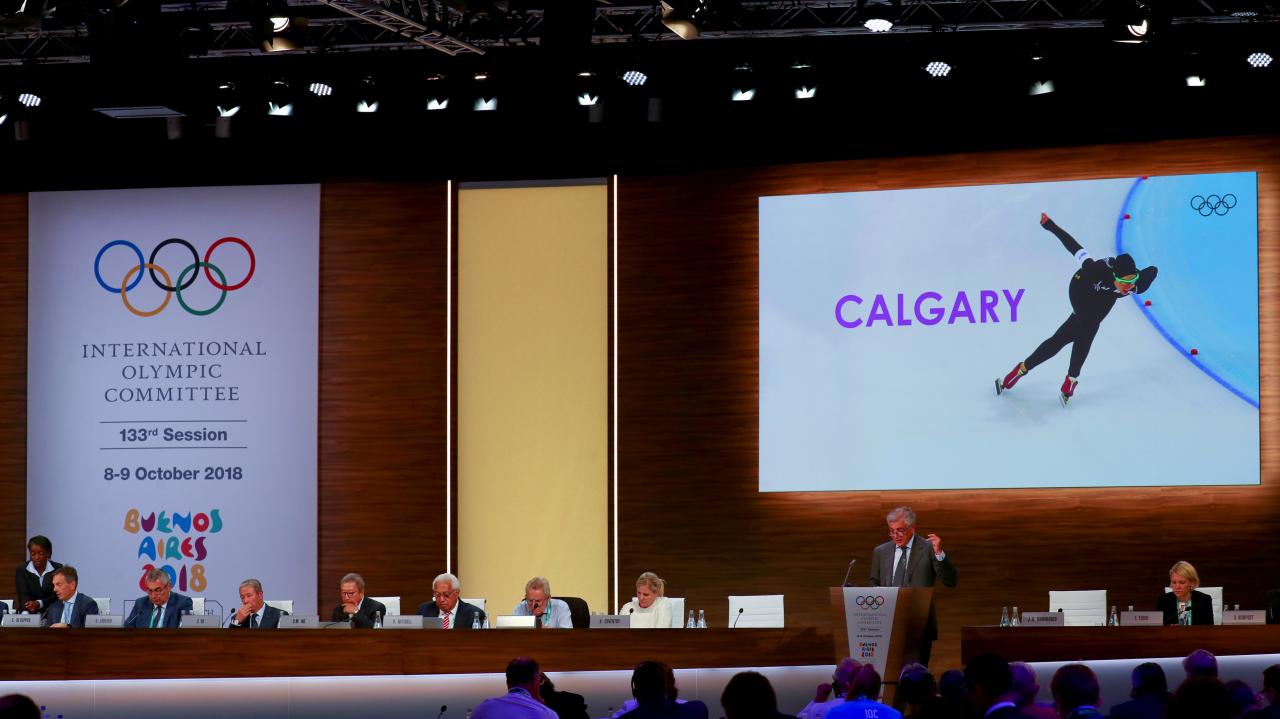 BUENOS AIRES, Argentina (Reuters) - Calgary’s hopes of hosting the 2026 Winter Olympics were dashed on Tuesday after citizens voted resoundingly against the western Canadian city’s plan to bid for the Games. More than 56 percent of voters said ‘No’ in the plebiscite, a surprisingly lopsided margin after both sides had expected a close call in the city which hosted the 1988 Winter Games. After witnessing a high turnout, with more than 304,000 ballots cast in a reflection of the interest in the poll, the unofficial results had 132,832 opting ‘For’ and 171,750 ‘Against’ Calgary making a bid to host the Games. The outcome was another blow for the International Olympic Committee (IOC), which has seen interest in hosting Games fall dramatically as the size and cost of staging the multi-sport event has sky-rocketed. The Calgary vote leaves Sweden’s Stockholm and an Italian bid involving Milan and Cortina D’Ampezzo as the only candidates left in the race. Swiss city Sion, Japan’s Sapporo and Graz in Austria all withdrew earlier this year, while Turkey’s Erzurum was last month eliminated from the bidding process by the IOC, which will elect the winning bid in June 2019.While the Calgary vote was non-binding, the 15-member city council is expected to respect the outcome when it meets on Monday to decide whether to move the bid process forward. The Calgary 2026 Bid Corporation and Canada Olympic Committee (COC) both acknowledged that the people had spoken, with the former saying it would wrap up operations in the next few weeks. “We know that this was very divisive, but it’s time to put that behind us,” Bid Corporation CEO Mary Moran told supporters. She also released a statement which said, in part: “This all began with great promise: a chance to bring the Olympics and Paralympics home to Calgary and Canada. “A chance to re-establish our city on the world stage — put us back on the map... It all made sense, and it still makes sense.” However, those in the ‘No’ camp were jubilant at the result. “I think that people had enough of the establishment, telling us what to do, what to think,” local councillor Sean Chu said. “They tell you to spend millions, billions, it’s good for you.” The COC, meanwhile, said the vote represented a missed “unique opportunity” to bring a renewed vision to the Games. “The Canadian Olympic Committee respects the results of tonight’s plebiscite in Calgary, but we are disappointed with the outcome,” COC said in the statement. “The opportunity to welcome the world to Canada, where people can experience the uniting power of the Games and within our nation’s culture of peace and inclusion, would have offered countless benefits to all.” Beijing is hosting the next Winter Games in 2022.