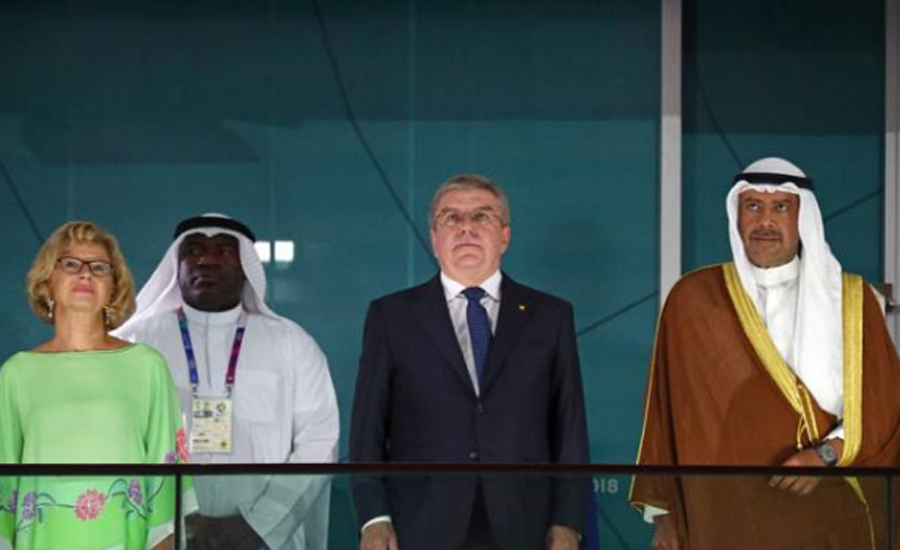 TOKYO (Reuters) – Olympic chief Thomas Bach has praised Sheikh Ahmad Al-Fahad Al-Sabah for stepping down as the head of the Association of National Olympic Committees (ANOC) while he fights a court case and said he hoped the Kuwaiti would be back at the helm soon. Sheikh Ahmad, a key Bach ally and head of the Olympic Council of Asia, won the support of the general assembly of the umbrella body for National Olympic Committees to postpone his re-election as president on Wednesday. Bach said in a keynote address to ANOC delegates on Thursday that the Kuwaiti’s decision to step aside had been the right move for the Olympic movement. “We have said, first of all, that we respect the decision he took under his own will and we recognise that this decision, his decision, was taken in the interests of all of us,” the International Olympic Committee president said.
“But we have also stated, at the same time, stepping aside temporarily cannot be interpreted as any admission of guilt and that the presumption of innocence has to prevail.” Sheikh Ahmad has not specified what the case in the Swiss court entails but has proclaimed his innocence and on Wednesday said it was nothing to do with “sport or corruption”. Fijian Robin Mitchell, ANOC’s senior vice-president, will head up the organisation in Sheikh Ahmad’s absence but it is clear that the popular leader expects to return to his previous roles once the case is concluded.