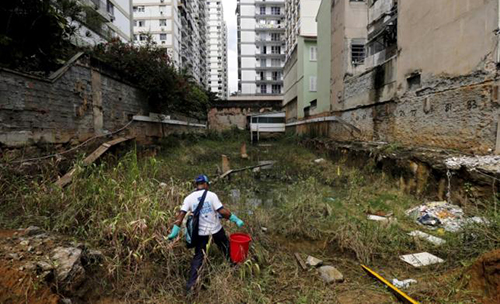 RIO, Brazil – People visiting Brazil for the 2016 Olympics won't significantly add to the global spread of Zika virus, according to a new analysis. Most likely, only six to 80 people visiting Brazil for the Olympics would be infected with Zika virus, and between one and 16 would feel any symptoms, researchers suggest. The Olympic and Paralympic games, scheduled for August and September, are expected to bring 350,000 to 500,000 people to Brazil. The new results support the recommendation of the World Health Organization (WHO) that "postponing or relocating the Olympics is not going to meaningfully impact the international spread of Zika," said lead author Joseph Lewnard, of the Yale School of Public Health in New Haven, Connecticut. U.S. health officials have concluded that Zika infections in pregnant women can cause microcephaly, a birth defect marked by small head size that can lead to severe developmental problems in babies. The WHO has said there is strong scientific consensus that Zika can also cause Guillain-Barre, a rare neurological syndrome that causes temporary paralysis in adults. The connection between Zika and microcephaly first came to light last fall in Brazil, which has now confirmed more than 1,600 cases of microcephaly that it considers to be related to Zika infections in the mothers Some academics suggested moving or canceling the games over concerns that travelers would become infected and bring the disease with them when they returned home. "We thought it was important to crunch the numbers and see whether the threat warranted the calls being made," Lewnard told Reuters Health. He and his colleagues estimate that the probability of a person visiting Rio de Janeiro and getting infected ranges from one in 6,200 to one in 56,300, which translates to a total of six to 80 Zika infections. Since most people with Zika do not feel any symptoms, they estimate that between one and 16 people would feel physically ill. Between three and 37 people would likely take the virus to their home country, since the average time the virus remains in the body is about 10 days (although it persists longer in some cases). "The majority of people will clear shortly after arriving home or before arriving home," said Lewnard. Many visitors will return to countries where it's unlikely the virus will be spread by mosquitoes. In those countries, the main concern is sexual transmission of Zika virus, the researchers write. Lewnard also said these estimates are based on a worst case scenario that assumes visitors will be as vulnerable to Zika as residents of Brazil. In reality, he said, visitors will likely stay in hotels with air conditioning and will take other precautions, such as using window screens and bug spray. The risk of spread of Zika from the Olympics is relatively low when compared to the spread from normal tourism, he added. The researchers also expect that few pregnant women will travel to Brazil, due to travel warnings. In a separate study in the same journal, researchers from Yale and Brazil's ministry of health suggest that women in future Zika outbreaks should be told to delay pregnancy for more than six months at the start of the outbreak to minimize children's exposures to Zika. The team, led by Yale's Martial Ndeffo-Mbah, used data from Zika's spread in Columbia. They found shorter pregnancy delays may increase the exposure of fetuses to Zika since pregnancies would cluster near the peak of the outbreak. –Reuters