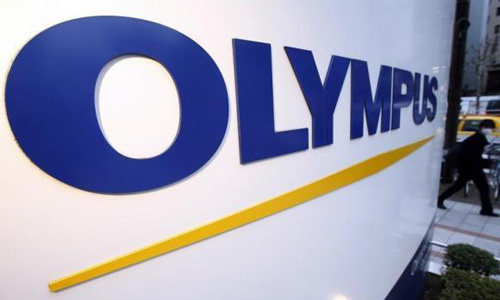 NEW YORK - Olympus Corp, the largest maker of a medical device at the center of recent U.S. superbug outbreaks, issued new cleaning instructions for its equipment on Thursday, urging health providers to adopt them "as soon as possible." Olympus said in a 13-page letter that a small-bristle brush required for the new procedures to clean potentially deadly bacteria from the devices would be shipped "no later than May 8." Olympus did not directly address whether the devices, called duodenoscopes, are safe to use until then and whether patients should postpone procedures until hospitals have received the brush. Until then, the company recommended cleaning the duodenoscope in accordance with the old instructions. The U.S. Food and Drug Administration (FDA) does not recommend that patients forego procedures until the brushes are shipped out, but had previously advised discussing the benefits and risks of using duodenoscopes with their physician. Duodenoscopes are flexible, lighted tubes inserted down the throat in a procedure called endoscopic retrograde cholangiopancreatography (ERCP). More than 500,000 ERCPs using duodenoscopes are performed in the U.S. annually, usually to drain fluids from pancreatic and biliary ducts blocked by cancerous tumors, gallstones, or other conditions. Because the devices are reusable, they are supposed to be thoroughly cleaned after each use so pathogens are not transferred from one patient to the next. Seven patients at the Ronald Reagan UCLA Medical Center, including two who died, were exposed from October through January to antibiotic-resistant bacteria apparently spread by improperly disinfected Olympus duodenoscopes. Federal regulators determined that microbes could spread even when the manufacturer instructions were followed. The problem was the design of the instruments, regulators determined, in particular a movable part called the elevator that FDA described as "extremely difficult to access." In its letter, Olympus recommends raising and lowering the elevator mechanism three times while the device is immersed in a disinfectant. In addition, an area around the elevator must be cleaned with two different-sized brushes: one that hospitals already use and one that Olympus will ship by May 8. The FDA has signed off on Olympus' instructions, issuing them in its own safety communication on Thursday "so that facilities can adopt the new high level disinfection steps immediately and begin training" personnel. - REUTERS