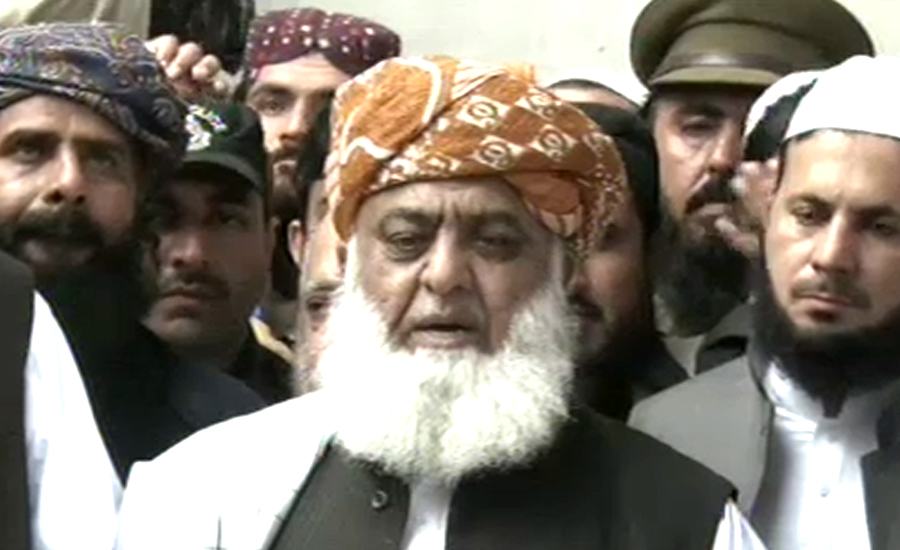 LAHORE (92 News) – Sticking with stance on Jewish lobby, Jamiat Ulema-e-Islam-F (JUI-F) chief Maulana Fazlur Rehman on Sunday said that the government of Oman had partially confirmed that an Israeli plan indeed landed in Pakistan. Speaking to the journalists – after meeting with disqualified prime minister Nawaz Sharif – Maulana Fazl said the route taken by the plane showed that it landed in Pakistan and Oman had partially confirmed the development. “Whatever we said about Jewish lobby has proven to be true. We reject the Civil Aviation Authority’s clarification. The plane indeed landed in Pakistan,” he said. The JUI-F chief also claimed that the mandate of the incumbent rulers is fake, saying the devaluation of the rupees badly impact on the lives of common man. Earlier today, Maulana Fazlur Rehman met with Nawaz Sharif and invited to attend the All Parties Conference (APC). He said that after meeting with Pakistan Muslim League-N (PML-N) president Shehbaz Sharif, they will decide the date and venue of the APC. On Thursday, an Israeli journalist claimed that an aircraft from Tel Aviv has flown to Islamabad, a claim that sparked outrage on social media. There were also reports that the aircraft carrying a high-profile person stayed in Islamabad for ten hours.