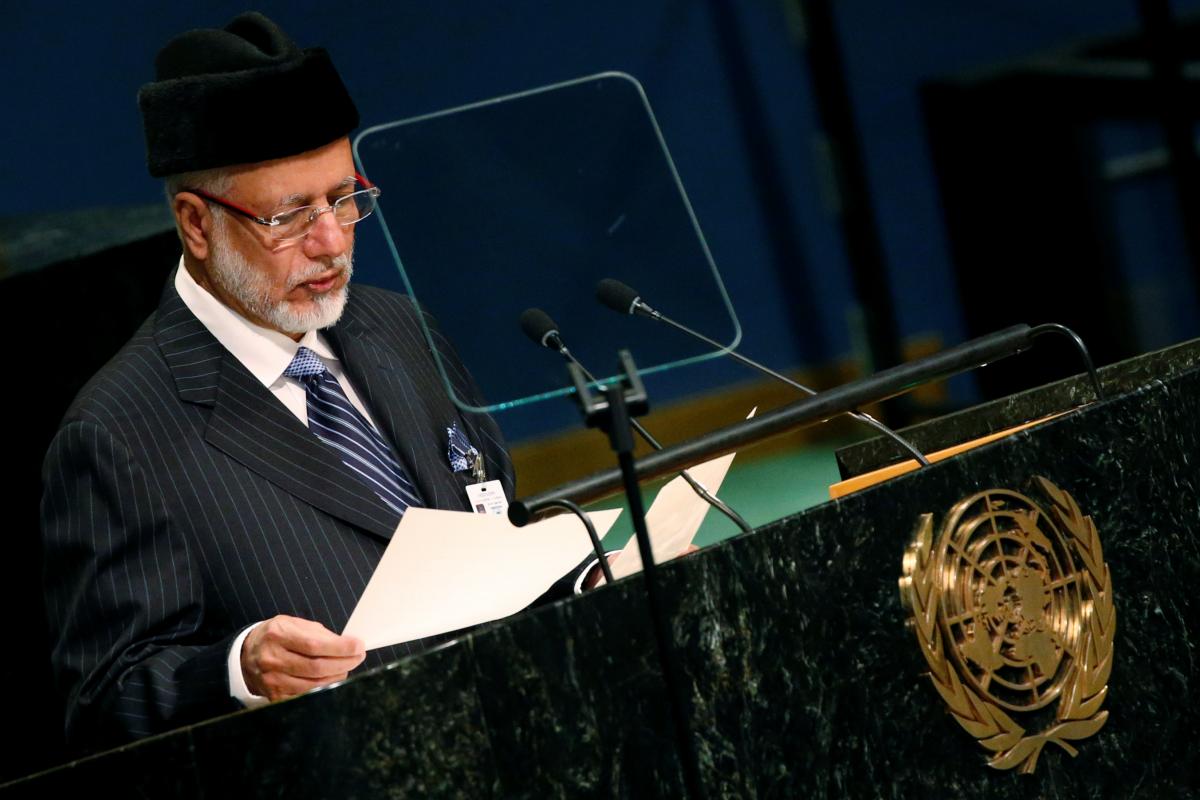 MANAMA (Reuters) - Oman described Israel as an accepted Middle East state , a day after hosting a surprise visit by its prime minister that Washington said could help regional peace efforts. Oman is offering ideas to help Israel and the Palestinians to come together but is not acting as mediator, Yousuf bin Alawi bin Abdullah, the sultanate’s minister responsible for foreign affairs, told a security summit in Bahrain. “Israel is a state present in the region, and we all understand this,” bin Alawi said. “The world is also aware of this fact. Maybe it is time for Israel to be treated the same (as others states) and also bear the same obligations.” His comments followed a rare visit to Oman by Israeli Prime Minister Benjamin Netanyahu which came days after Palestinian President Mahmoud Abbas paid a three-day visit to the Gulf country. Both leaders met with Oman’s Sultan Qaboos. “We are not saying that the road is now easy and paved with flowers, but our priority is to put an end to the conflict and move to a new world,” bin Alawi told the summit. Oman is relying on the United States and efforts by President Donald Trump in working towards the “deal of the century” (Middle East peace), he added. Bahrain’s foreign minister Khalid bin Ahmed Al Khalifa voiced support for Oman over the sultanate’s role in trying to secure Israeli-Palestinian peace, while Saudi Arabia’s foreign minister Adel al-Jubeir said the kingdom believes the key to normalising relations with Israel was the peace process. The three-day summit was attended by Saudi Arabia and Bahrain. US Defense Secretary Jim Mattis, and his counterparts in Italy and Germany also participated, but Jordan’s King Abdullah cancelled his appearance after a flood that hit the Dead Sea region killed 21 people. Trump’s Middle East envoy Jason Greenblatt welcomed the “warming ties & growing cooperation between our regional friends” in a tweet late on Friday. “This is a helpful step for our peace efforts & essential to create an atmosphere of stability, security & prosperity between Israelis, Palestinians & their neighbours. Looking forward to seeing more meetings like this!” Greenblatt said.

Israel and some Gulf states share an interest in curbing Iran’s influence in the region. Oman has long been to the Middle East what neutral Switzerland is to global diplomacy. The country helped to mediate secret US-Iran talks in 2013 that led to the historic nuclear deal signed in Geneva two years later. Earlier this year, bin Alawi visited Jerusalem’s Al-Aqsa Mosque and Netanyahu has on several occasions hinted at warmer ties with Gulf states. He told Israel’s parliament last week that due to fears of a nuclear threat from Iran, “Israel and other Arab countries are closer than they ever were before.” Though uncommon, Israeli leaders have previously visited the Gulf state. In 1996, the late Shimon Peres went to Oman and Qatar when he was prime minister and opened Israel trade representative offices in both Gulf countries. His predecessor, the late Yitzhak Rabin, made the first trip to Oman in 1994. On his visit on Friday, Netanyahu was accompanied by senior officials, including the head of the Mossad intelligence agency and his national security adviser.