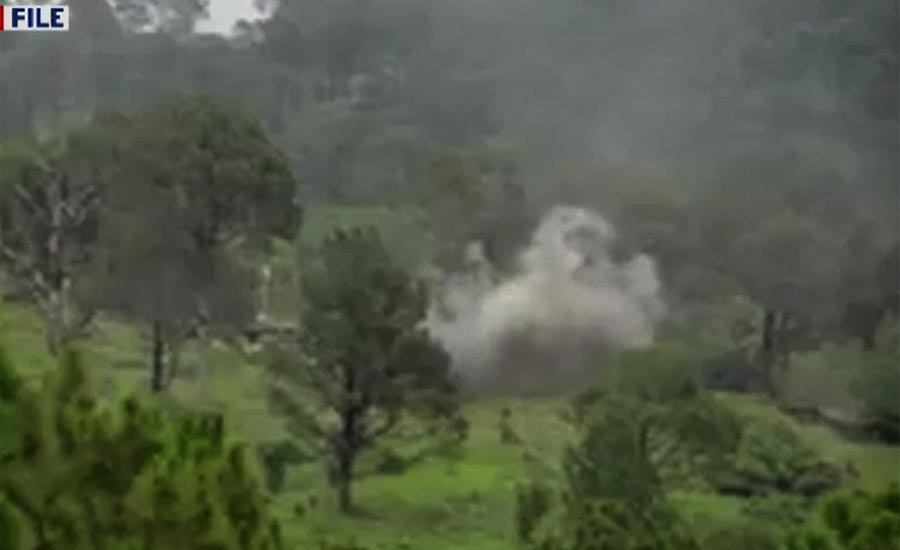 RAWALPINDI (92 News) – Pakistan Army troops responded befittingly to unprovoked firing along the Line of Control (LoC) by killing three Indian soldiers and injuring two others. According to the Inter-Services Public Relations (ISPR), Indian troops resorted to unprovoked firing in Kuiratta and Kotkhetera sectors along LoC targeting civil population. The troops of Pakistan Army responded befittingly to the unprovoked firing from the Indian side. As a result, three Indian soldiers were killed with two others injured. Moreover, Indian posts were also damaged. Earlier, a civilian was injured in India’s unprovoked and indiscriminate firing in Khuiratta Sector along Line of Control (LOC) on Thursday night. In his statement, the Inter-Service Public Relation (ISPR) said, “Indian Army resorted to unprovoked and indiscriminate fire in Khuiratta Sector along Line of Control (LOC) targeting civil population.” The Pakistan Army’s media wing said that the wounded Pakistani civilian was identified as Tain Village resident Muhammad Mushtaq. After becoming the target of the Indian Army’s unprovoked and indiscriminate firing in Khuiratta Sector along LoC by Muhammad Mushtaq resident of Tain Village got injured and was evacuated to hospital. On Jan10, Indian Chief of Army Staff (COAS) Gen Bapin Rawat confessed that India is spying on Line of Control (LoC) at Pakistani boundaries. Gen Rawat admitted the fact that India does send quad-copters over the LoC with a purpose of spying. “Our two quad-copters were shot down by Pakistan,” he informed. On Jan 7, the Foreign Office summoned the Indian Deputy High Commissioner JP Singh over the killing of a civilian in unprovoked firing by the Indian forces along the Line of Control (LoC). FO spokesperson Dr Mohammad Faisal condemned the ceasefire violations and indiscriminate firing carried out by the Indian occupation forces in the Bagsar Sector. The unprovoked firing resulted in the death of a 26-year-old, Azeem, while a woman was injured. In a statement, the FO spokesman said the Indian forces along the Line of Control and the Working boundary are continuously targeting civilian populated areas with heavy weapons. Dr Faisal said that the deliberate targeting of civilians is deplorable and contrary to human dignity, international human rights and humanitarian laws.