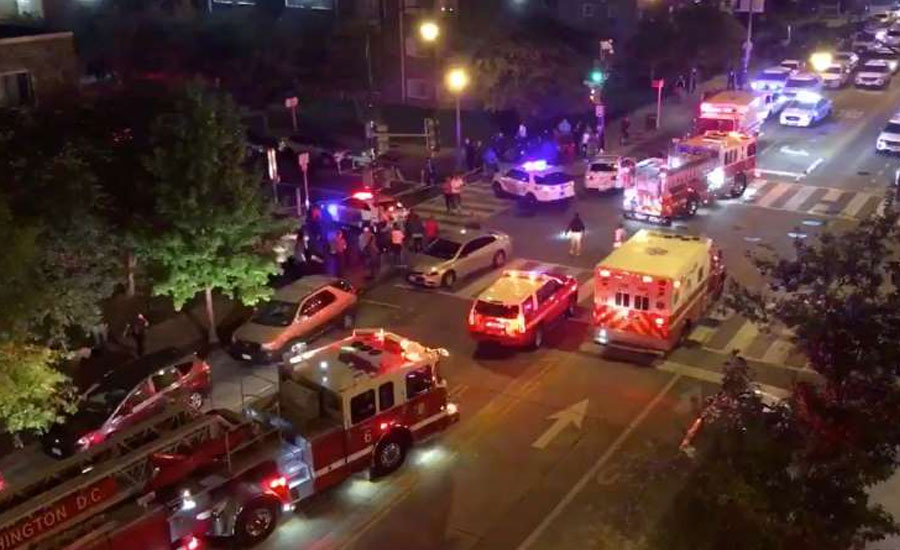 WASHINGTON, DC (92 News) – One person was killed and five others injured on Thursday in a shooting on the streets of Washington, DC, not far from the White House, police said. According to the American local media, it was not immediately clear if a suspect had been taken into custody in the incident, but a law enforcement source told Reuters it was not considered an "active shooter" situation. The source said the five wounded victims of the shooting were expected to survive their injuries. The gunfire erupted in the Columbia Heights neighbourhood, about two (three kilometres) from the White House on Thursday night. ABC affiliate WJLA-TV posted images on Twitter of ambulances carrying victims from the scene and said there had been a "massive" police response at the intersection of 14th Street and Columbia Road.