One dead in attack on missionaries' home in France, hunt under way for suspect 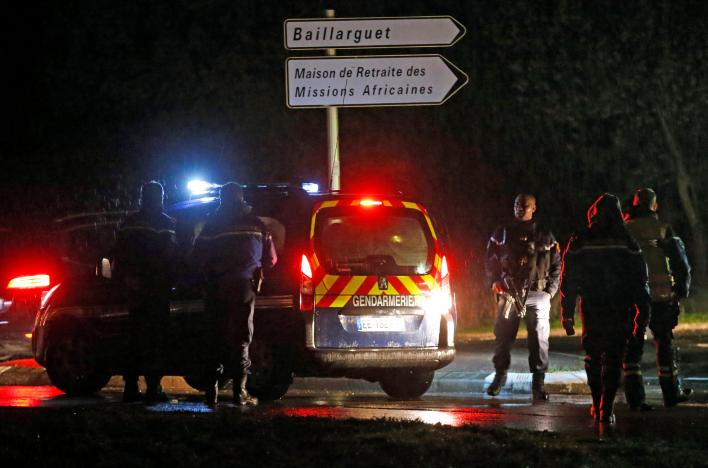 One dead in attack on missionaries' home in France, hunt under way for suspect

PARIS - Police are searching for an armed man after finding a dead woman in a retirement home where some 60 missionaries are living in southwestern France, sources close to the matter said on Friday. According to one source, a caretaker contacted the police after freeing herself after being bound and gagged by the suspect and escaping from the home in Montferrier-sur-Lez, about 10 km (6 miles) in the countryside north of Montpellier. Police found the body of a woman who had been stabbed several times when they entered the building, the source said. "One woman, a resident was assassinated. The security forces have evacuated the residents, about 60, who are safe and sound," a local official told Reuters. The home houses retired missionaries that had worked in Africa, as well as a few nuns. "Nothing at this stage would indicate that this would be a terrorist act," another source said. He said the suspect had fled before security forces arrived. Olivier Ribadeau Dumas, secretary general and spokesman for the French Bishops Conference group, said on his official Twitter feed that his thoughts and prayers went out to the victim who lost her life in the attack, as well to the other missionaries who were living in the retirement home. France is on heightened alert and has been under a state of emergency since a wave of Islamist attacks last year. Suspects arrested last weekend under anti-terrorism measures had been planning to launch attacks on Dec. 1 at important and landmark sites in and around Paris, a source said earlier on Thursday. -Reuters