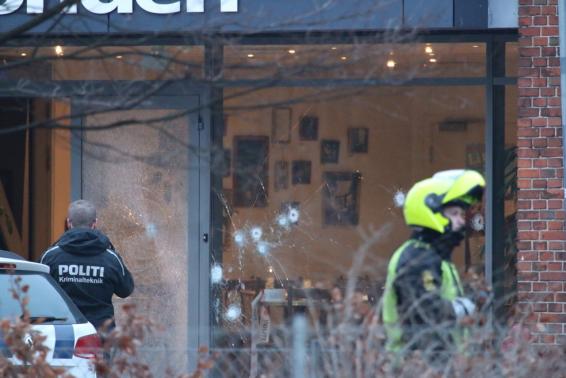 COPENHAGEN (Reuters) - One civilian was killed and three police were wounded on Saturday in shooting at a public meeting in the Danish capital Copenhagen attended by the controversial Swedish artist Lars Vilks, police and the Danish Ritzau news agency reported. Danish police confirmed one civilian had been killed in a shooting and said the suspects had fled in a car. Ritzau said both Vilks and the French ambassador, who was also attending, were both unharmed, but that three police had been wounded. The gathering was billed as a debate on art and blasphemy. French President Francois Hollande said Interior Minister Bernard Cazeneuve would go to Copenhagen as soon as possible.