One dead in knife attack in Hamburg supermarket, motive unclear 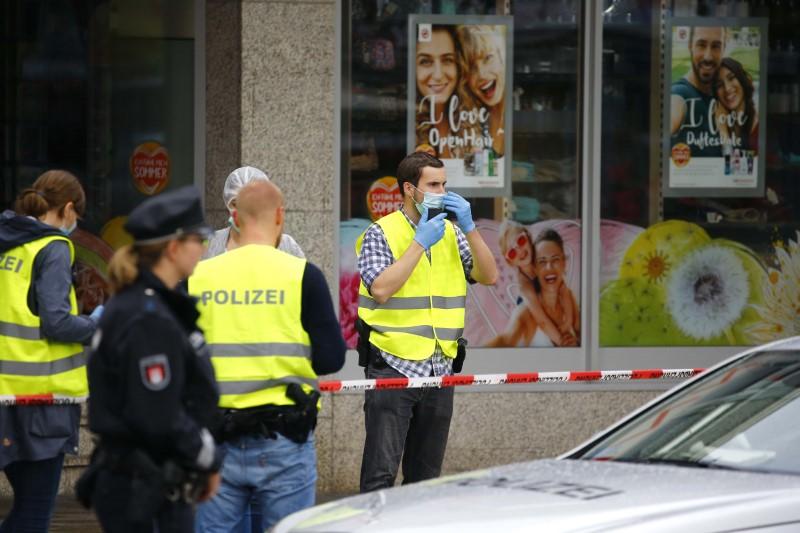 One dead in knife attack in Hamburg supermarket, motive unclear

BERLIN (Reuters) - One person was killed in an attack by a lone knifeman in a supermarket in the northern German city of Hamburg on Friday, and four more were injured when the man fled the scene, police said.

The police said the man had suddenly started attacking customers in the shop, with no immediate indication of any political or religious motive. Officers detained him near the site.

"We have no clear information as to the motive or the number of wounded," Hamburg police said in a tweet. "It was definitely a lone attacker." They said initial reports about a possible robbery had not been substantiated.

Police said passersby tackled the man after he fled the scene, injuring him slightly, before plain clothes police officers could take him into custody.

Police have been on high alert in Germany since a spate of attacks on civilians last year, including a December attack on a Berlin Christmas market, when a hijacked truck ploughed into the crowds, killing 12 and injuring many more.

Security has been a campaign issue ahead of Sept. 24 parliamentary elections, in which Chancellor Angela Merkel is expected to win a fourth term in office.

Newspaper Bild showed a picture of the alleged Hamburg attacker sitting in the back of a police car, his face concealed with a bloodied shroud.

A video on its website showed a helicopter landed outside the supermarket with armed police in body armour patrolling the neighbourhood.