One Direction breaks streaming record as it tops UK chart 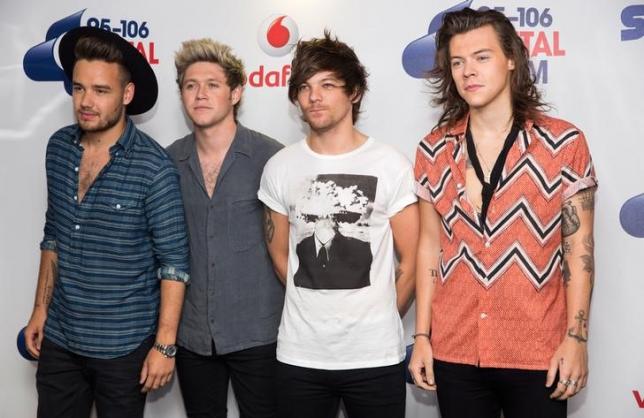 One Direction breaks streaming record as it tops UK chart

LONDON - "Drag Me Down," One Direction's first single as a quartet following the departure of Zayn Malik in March, surged to the top of the British chart on Friday while a compilation album by Cilla Black, who died this week, made its first appearance in the Top 20 albums for over three decades. One Direction's fourth number one single racked up a record 2.03 million plays in its opening week across chart-reporting streaming services such as Spotify, Deezer, Apple Music and others, the Official Charts Company said. Calvin Harris and Disciples’ "How Deep Is Your Love" jumped six places to second spot among the singles while last week’s Number 1 "Black Magic" by Little Mix fell to three. In the albums charts, London indie rock band The Maccabees claimed their first Number with their fourth studio album "Marks To Prove It." British singer-songwriter Lianne La Havas was at number two with "Blood," just ahead of Years & Years’ "Communion" at three. Black, one of Britain's best-known singers and TV presenters who started her career at Liverpool's Cavern Club alongside the Beatles, died from a stroke at her Spanish villa on Aug. 1 at the age of 72. Her "The Very best of" album was up at 14 as fans bought her records in tribute while her 1964 hit "Anyone who Had a Heart" rose this week to No. 41 in the singles charts. - Reuters