One Direction's Malik takes tour break due to 'stress' 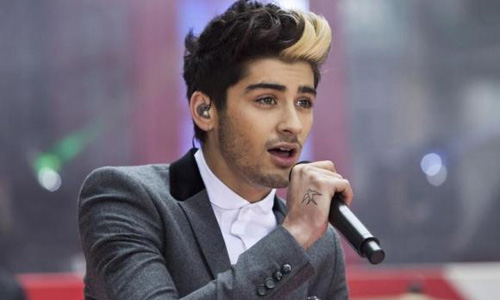 One Direction's Malik takes tour break due to 'stress'

YORK (Reuters) - One Direction singer Zayn Malik has dropped out of the pop band's On the Road Again tour in Asia due to "stress", his publicist said on Thursday, after pictures were posted of the engaged Malik partying with a holidaymaker in Thailand. "Zayn has been signed off with stress and is flying back to the UK to recuperate. The band wish him well and will continue with their performances in Manila and Jakarta," an emailed statement from London-based publicist Simon Jones said. Malik, who is engaged to Perrie Edwards of Little Mix, is seen in photos posted on the Internet partying with a woman who has been identified as Lauren Rich. Malik, in an angry post on his Twitter account, said: "I'm 22 years old ... I love a girl named Perrie Edwards. And there's a lot of jealous f***s in this world I'm sorry for what it looks like x" The English-Irish One Direction came to prominence in the televised singing competition "The X Factor" in 2010 and has gone on to become one of the world's top selling bands.