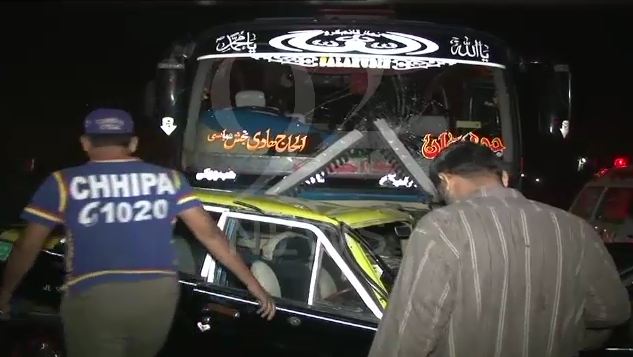 KARACHI (92 News) – A Frontier Corps personnel was killed while four others sustained injuries when a passenger bus crashed head-on with a car at Northern Bypass on Friday.

As per details, the accident occurred in Karachi’s Baldia Town at Northern Bypass, when the over speeding bus, collided head-on with a car coming from opposite direction, killing one man and injuring four others.

According to police, the dead and injured persons were FC personnel who had arrived from Turbat and were heading to their homes on a taxi.

The deceased FC personnel was identified as Jamshaid Iqbal, while the injured people were identified as Shafiq, Rizwan, Dilraiz and Nasirullah.