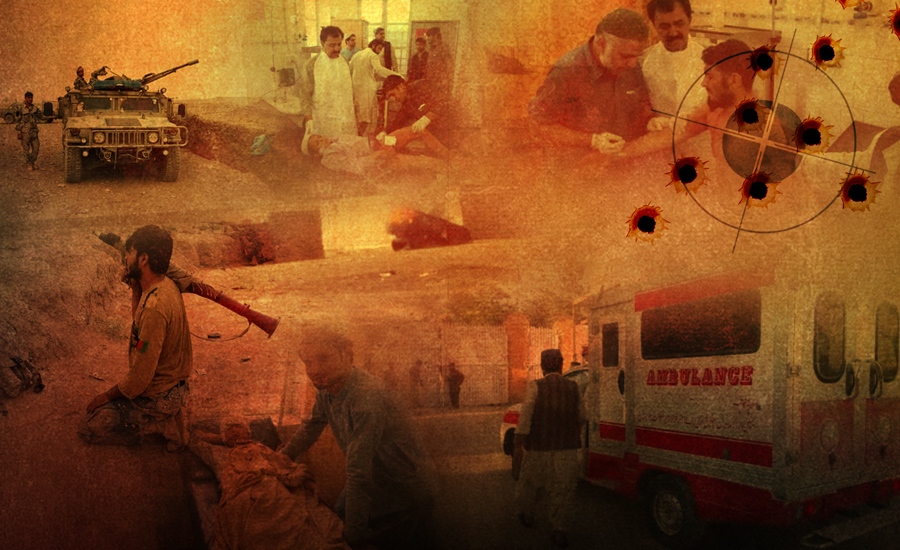 RAWALPINDI (92 News) – At least nine man was killed and 42 others including women, children and security forces personnel injured when Afghan forces resorted to unprovoked firing and shelling in Chaman on Friday.

In a statement issued by the Inter-Service Public Relations, Afghan forces targeted civilian areas and as a result, at least nine persons were killed and 42 others including children and security forces personnel sustained injuries.

The Afghan border forces have been creating hurdles in conduct of census in divided villages of Killi Luqman and Killi Jehangir area in Chaman.

This has been done despite the fact the Afghan authorities had been informed well in advance, and coordination was carried out through diplomatic and military channels for conduct of the census.

Authorities have closed the Chaman border crossing after the firing incident.

On the other hand, Foreign Office spokesman Nafees Zakaria has expressed serious concerns over the provoked firing by the Afghan forces near the Chaman border.

He pointed out that border between the two countries is clearly demarcated and Pakistani teams were conducting the census drive in its own area which is our sovereign right.

The spokesperson asked Afghanistan to stop firing against Pakistani forces.

In case it does not stop, he said Pakistan reserves the right to respond to preserve its sovereignty and protect its civilians.