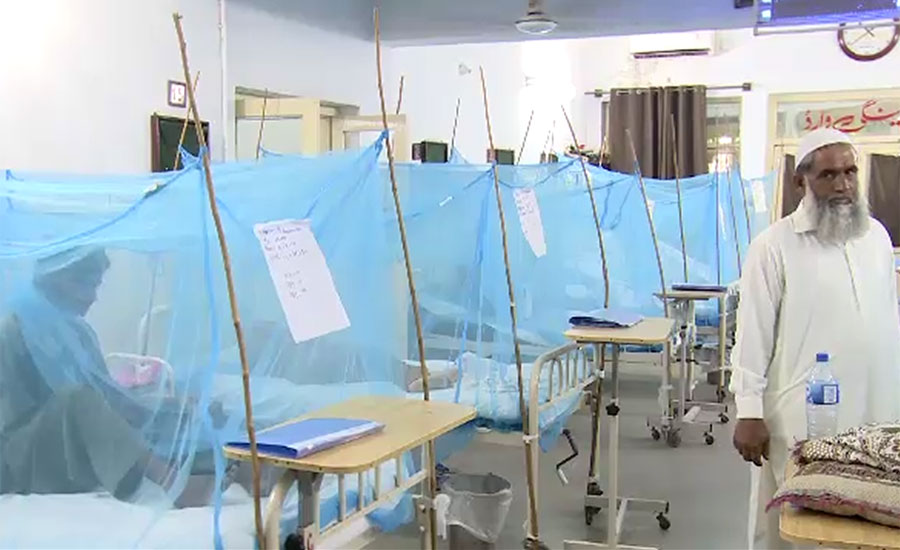 RAWALPINDI (92 News) – One more dengue fever patient died at the Holy Family Hospital in Rawalpindi, raising the death toll from the deadly disease to 25 in twin cities this year. According to details, a resident identified as Kamran, 42-years-old form Amarpua area of Rawalpindi admitted at the Holy Family Hospital a few days ago after medical tests proved that dengue virus was present in his blood. He was shifted to ICU ward after his condition deteriorated where he died during treatment. Meanwhile, 221 new cases of dengue fever also reported in all over Punjab and the number of patients increased and exceeds than 3,925 in the large province of the country. However, 77 further cases also confirmed in the Khyber Pakhtunkhwa (KP). The health authorities confirmed more than 10,000 people were tested positive for dengue virus in parts of country. On the other hand, the number of affected people in the twin cities of Rawalpindi and Islamabad has surged to 5,858 as 139 new patients were admitted at various hospitals of Rawalpindi and Islamabad during the past 24 hours.

Earlier, the federal government has decided to investigate into the outspread of dengue fever among citizens from international institutions. According to the sources, the federal government has decided to contact global institutions for holding an investigation into dengue spreading fast across the country. In this connection, the health authorities will seek assistance from the World Health Organization (WHO), Centers for Disease Control and Prevention (CDC) of the United States (US) and Sri Lanka. The sources further said that the international experts will visit affected areas in all provinces and Azad Jammu and Kashmir (AJK) to open research on dengue larvae and its virus to ascertain the cause of the mosquito-borne disease. The decision was taken after the formal approval of Special Assistant to Prime Minister on Health Dr Zafar Mirza for initiating an investigation into dengue outspread by global experts. On the other hand, section 144 (Dengue Act) was set in motion and those found involved were fined up to Rs30,000 as a penalty.