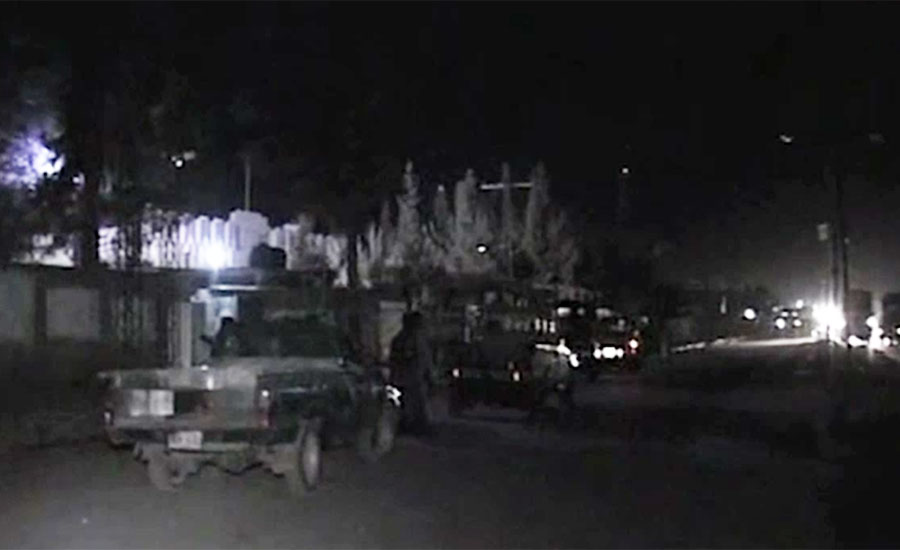 QUETTA (92 News) - An alleged terrorist was shot and killed in an encounter with the Counter Terrorism Department (CTD) and Frontier Constabulary (FC) in Nautaal area of city in early hours of Saturday. Two other suspects managed to escape, the CTD officials said. Information released by the CTD spokesman said a joint operation by the CTD and the FC was carried out in the vicinity of Naseerabad area of the provincial capital following some intelligence reports. Officials raided a compound in Nautaal locality to find some armed suspects. An exchange of fire took place between the two sides, leaving one terrorist killed. The two others fled from the scene while taking refuge of darkness. The CTD identified the dead as Shukar Ullah who was identified as a facilitator in suicide attacks on Chalgari and Fatehpur shrines in district Bolan. His dead body was transported to the Civil Hospital Quetta for autopsy. A hunt has begun for tracing the runaway suspects, officials said. The CTD personnel seized a suicide jacket, explosives and a good quantity of weapons from the spot. A case has been lodged with the concerned CTD police station for further action.