One year from Brexit, transition set to absorb shock 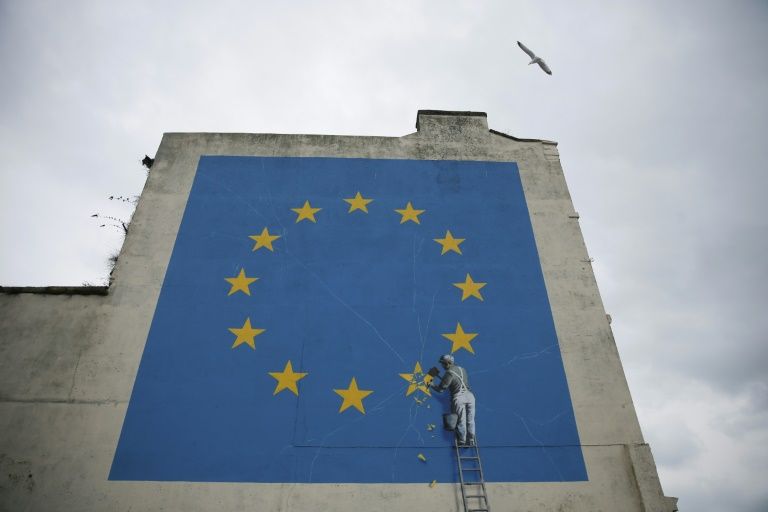 One year from Brexit, transition set to absorb shock

LONDON (AFP) - With Britain just a year away from leaving the European Union, the transition deal agreed between the two sides is viewed as a key element to absorbing the Brexit shock.

British Prime Minister Theresa May kick-started divorce proceedings one year ago, and March 29, 2019, has since been set as the date the UK will leave the bloc.

Early optimism quickly faded of agreeing on the details of the historic separation, in addition to the complex deal on a future trade relationship within just two years.

The two sides agreed a transition period as a solution, giving citizens and businesses greater certainty while also allowing London and Brussels more time to tie up post-divorce plans.

"The transition is simply to allow us to do the stuff we don't have time to do (within two years)... We'll be ready for transition but we won't be ready for after transition," said Anand Menon, European politics professor at King's College London.

Britain has agreed to pay into the EU budget during the transition and will continue to access to the European single market, but will have no decision-making powers.

On Brussels' insistence, freedom of movement for EU citizens will also continue as before.

The short-term solution was signed after tense negotiations in Brussels and some fear it is merely delaying problems which are incredibly hard to resolve.

"The real question is what if neither side is ready by 31 December 2020 when the transition period comes to an end?" said law professor Catherine Barnard, from the University of Cambridge.

With the future beyond 2020 uncertain, businesses have already started preparing for the possibility of delays in signing a trade deal or a breakdown in talks between Brussels and London.

A study by law firm Pinsent Masons found 51 percent of large British businesses have adopted contingency plans, including the possibility of moving staff to the continent.

The majority of those who are yet to put plans in place are expected to do so by the end of this year.

Britain's finance ministry has also set aside billions of pounds to prepare for Brexit.

The transition deal will not be finalised unless Britain and the other 27 EU countries agree on divorce terms by October, Brussels' deadline to wrap up talks.

EU leaders approved guidelines last week for negotiating the future deal, while warning Britain to respect commitments made so far.

Britain has so far vowed to quit the single market and customs union, while at the same time aiming to keep the closest possible ties with the bloc.

Magdalena Frennhoff Larsen, an EU lecturer at the University of Westminster, said Britain's stated aim would be hard to achieve.

"While both sides will aim to minimise the negative impact on the economy, which will follow from the UK's exit, the EU has made it clear that the UK terms cannot be better than those offered by membership," she said.

A key point of contention has been the Irish border, with Northern Ireland forming the only land border between Britain and the EU.

Britain has agreed to keep Northern Ireland in the customs union if no better solution is found to avoid border checks at the frontier with Ireland, despite May's strong protestations against the move.

The issue has already shaken the alliance between May's Conservative Party and the DUP, a small Northern Irish party on which the premier relies on to stay in power.

Despite an uncertain road ahead and the signs of an economic hit, polls show the British electorate stand by their decision to leave the bloc.

Although the country did not fall into recession as some predicted, Britain has suffered high inflation, a falling pound and slower growth since the 2016 referendum.

But the key aims of many Brexit voters -- for greater self-governance and immigration control -- remain within their reach.

"Many of those who voted leave did so on political -- rather than economic -- grounds," said Frennhoff Larsen, pointing to figures showing a recent decline in migration to Britain from other EU countries. "If this decline continues, Brexit has already had the intended effect," she added.