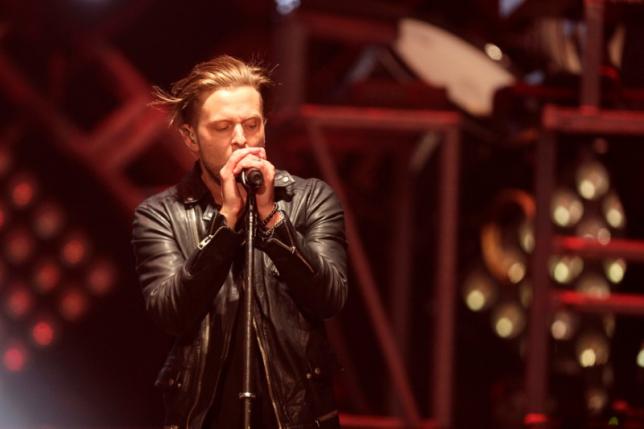 LOS ANGELES - Grammy Award-nominated band OneRepublic, known for their crowd-pleasing hits such as "Counting Stars" and "Love Runs Out", promise different kinds of songs in their new album, according to lead singer Ryan Tedder. The US pop-rockers, who performed at the Apple Music Festival in London on Wednesday, release their fourth studio album, "Oh My My", on Oct. 7. "I think keeping it new and pushing the envelope is what inspires us and not repeating ourselves," Tedder told Reuters. "There's a lot of songs that are ... us venturing off into new territory," he said, adding that the album included “up-tempo, French house kind of records ” and “two huge ballads”. OneRepublic are among 10 headline acts, including Robbie Williams and Britney Spears, taking to the London stage for the festival, which runs till Sept. 30. The band gave an energetic performance at the British capital's Roundhouse venue, with crowds stomping their feet and singing along. Asked whether the group felt pressure to produce big popular anthems, Tedder said: "Hit records are ... a requirement, they're like a passport to each album. "We keep that at the back of our minds as we're writing songs ... (thinking) 'Oh, this one feels like it might be bigger than the others,' but ... I don't sit down and go, 'Right, let's do a hit!' - that's not something that comes out of my mouth." -Reuters