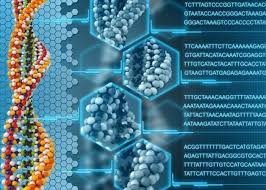 NEW YORK - People eager to share personal information beyond what's on their Facebook profile have another outlet: an online platform launching on Tuesday will let them give scientists information about their genomes, gut bacteria and other biological data. The "Open Humans Network" aims to make more health-related data available for scientists to mine for discoveries and also help volunteers make that data more accessible to more researchers. Rather than volunteering for only a single study, participants would let any legitimate researcher use their data, even though that poses potential threats to privacy. "It's like open-sourcing your body," said project director Jason Bobe. Open Humans is launching when scientists are increasingly concerned that valuable genetic and other data are being kept under wraps. Academic researchers do not want to give competitors access for fear they will be scooped on new discoveries, and gene-testing companies keep data private so they can profit from it, said geneticist George Church of Harvard University. "Data hoarders range from two-person labs to large companies," he said. Open Humans seeks to counter that. At www.openhumans.org, people can sign up for one or more of (so far) three ongoing studies. American Gut investigates links between gut bacteria and disease. GoViral identifies what viruses are circulating in different areas of the United States during flu season. The Personal Genome Project, led by Harvard's Church, has collected full genome sequences on about 500 of its 4,100 volunteers in an effort to study associations between DNA variants and health. By joining a study, people agree that their data can be shared with researchers on other projects, with their names attached so scientists can contact them for follow-up, something not possible with "de-identified" biological data. "You become a richer resource if your data are shared among as many scientists as possible," Bobe said. "Maybe someone will find an association between your gut microbiome and your susceptibility to the flu. Any participating researcher will be able to log in and look through the genomic and other data" of Open Humans volunteers. Participants will have to pass a test demonstrating they understand the potential risks of sharing their genetic profile and health history, including that it might be hacked, something that could expose them to discrimination in life insurance or long-term care coverage. Open Humans is backed by $500,000 grants from the John S. and James L. Knight Foundation and the Robert Wood Johnson Foundation. - Reuters