Only PPP playing role of opposition in a true sense, says Bilawal Bhutto 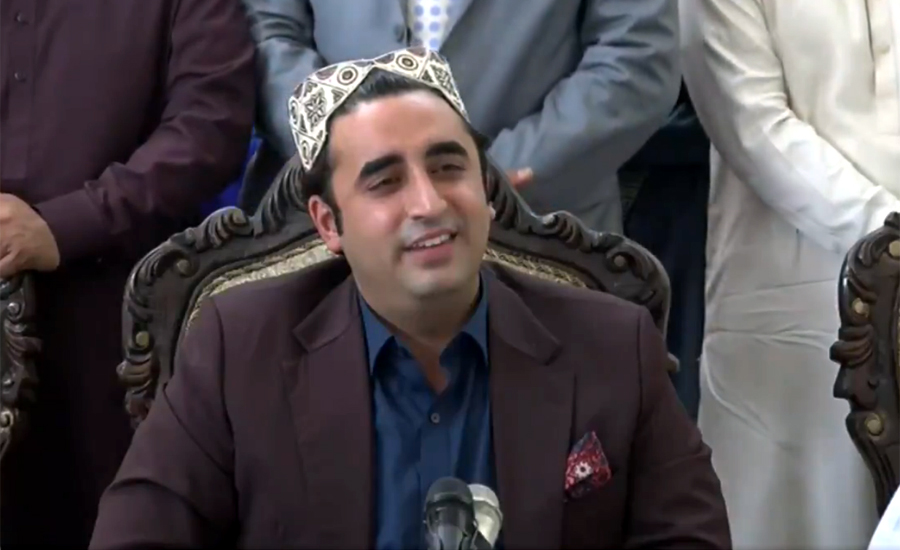 Only PPP playing role of opposition in a true sense, says Bilawal Bhutto

KHAIRPUR (92 News) – PPP chairman Bilawal Bhutto has said that the countdown of the government has begun.

Talking to the media on Saturday, he said that some parties giving the impression as if the PPP has struck a deal.

Bilawal Bhutto said that there was no truth in differences with the PML-N. "Only the PPP is playing the role of the opposition in a true sense. The PPP does not do the politics of a deal. Such accusations increase differences," he added.

He said that it was government's agenda to bring agriculture reforms. "But the government has started importing daily-use items instead of benefitting farmers," he maintained.

The PPP chairman said that a meeting with the PDM would be held soon. "Maulana Fazalur Rehman is a senior politician and will not let anyone harm the alliance with petty differences," he added.

Bilawal Bhutto Zardari criticized the PTI government as they had made big and hollow claims before coming to power, including a lollypop of 10 million jobs, five million new homes and solving all the problems of the country in 100 days. “Due to the incompetence of this government, it was failing everywhere. We had opposed the PTIMF from day one, and because of it Pakistan is losing its sovereignty today," he added.