Only selected PM can make fun of CoD: Chandio 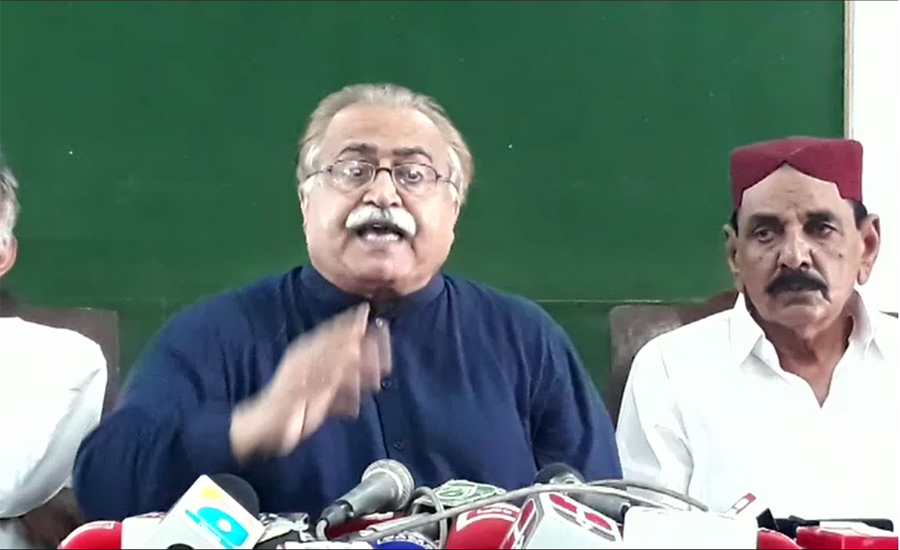 Only selected PM can make fun of CoD: Chandio

KARACHI (92 News) – PPP secretary information Maula Bukhsh Chandio has said that only a selected prime minister can make fun of the historic document of Charter of Democracy. Reacting to the speech of Prime Minister Imran Khan on Saturday, he said that Khan Sahib is perturbed by the CoD and 18th amendment. “The government should continue accountability. Who has stopped you?. Let the revenge continue.” he said. The PPP leader said that Asif Zardari has been facing courts for last 30 years. “Imran Khan has given the NRO to his friends,” he said. He said that arrests of the opposition on the basis of accusations are not accountability, but revenge. “The PTI members and its allies also face accusations, but they are not arrested,” he said. “A teacher dies in handcuffs, but PTI cronies are not are not even questioned.” He said that the NAB is making arrests in Punjab and why it is silent in Khyber Pakhtunkhwa. “The Malam Jabba accused is giving himself a clean chit,” he added. He said that the people want work, not verbosity, after 100 days of the government.