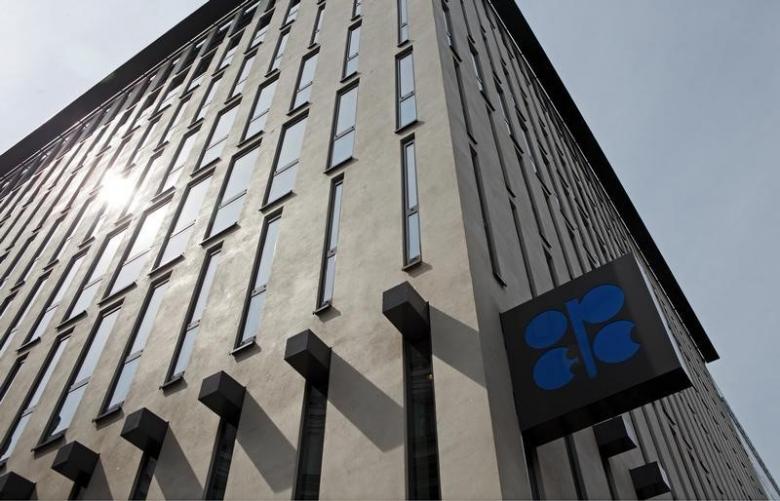 DUBAI/LONDON – As far as OPEC decision-making is concerned, Algeria, which plays host to oil ministers next week, has always been the land of surprises.
The last two meetings of the Organization of the Petroleum Exporting Countries (OPEC) held in Algeria -- in 2004 and 2008 -- shocked the market with unexpected production cuts to prop up prices. The stars could align for OPEC again next week when its ministers return to Algiers and look ready to curb output for the first time in eight years, according to OPEC officials and sources. Saudi Arabia and Iran, arch-rivals in oil markets and in politics, are sending conciliatory signals that they want to work together, along with Russia which is involved in talks although not a member of OPEC. This comes despite their backing for different sides in conflicts in Yemen and Syria. Behind the scenes, OPEC experts are trying to work out last-minute details for an output-limiting deal that would impress the market but also allow oil ministers to claim victories at home in front of their respective domestic audiences. "This time I think (things are) a little bit different because circumstances are a little bit better, helping (producers) to reach a deal," Iraq's OPEC governor Falah Alamri said on Thursday. He said OPEC had to act when it meets Russia on the sidelines of an energy producers and consumers conference in Algeria next week simply because current oil prices at $45-50 per barrel were not acceptable to the group's members. [O/R] Iraq, Saudi Arabia, Iran and Russia have all ramped up output to historic highs over the past year to fight for market share with higher-cost producers such as the United States where production has been declining due to low oil prices. Iraq is seen as one of key stumbling blocks to a global oil production deal given that it wants to increase output further next year, while Russia and Iran have probably both hit peak capacity and Saudis have never tested higher production levels. But Alamri said Iraq would not kill the deal: "We are not intending to flood the market, we are intending to support the market.... we will not participate in any action that will reduce the price." OPEC EXPERTS MEETING OPEC last reduced supply in 2008 when the global economic crisis crippled demand. The first attempt at an output freeze deal between OPEC and Russia collapsed earlier this year after the Saudis said Iran needed to contribute to it as production recovered following the end to Western sanctions in January. Tehran has argued its production needs to reach pre-sanction levels before it agrees to any action. In the past three months, Iranian oil output has stagnated but Tehran is still insisting on certain exemptions from any OPEC deals to curb supplies. Saudi Arabian and Iranian OPEC officials are meeting in Vienna this week, according to sources, to try to figure out the shape of a possible output deal. "It seems that they all want to get some sort of consensus in Algiers. You can see that in the amount of meetings and diplomacy taking place. There is a real push," an OPEC source said. Other sources said the main debate was about baseline production figures from which output could be frozen or cut. OPEC has two sets of figures, estimates by countries themselves and estimates by independent market experts known as secondary sources. The latter estimates have recently been lower and a more accurate reflection of actual production numbers. Gulf producers are insisting on using these in any output deal, according to sources, in order to help better monitor supply levels. One OPEC source familiar with discussions suggested that if output was frozen at levels seen at the start the year or the average of the first six months of 2016, it would effectively represent a cut from current real production levels. "Logically speaking, it could be viewed as a cut if (all) agreed on using secondary sources," the OPEC source said. Several other OPEC sources said that Libya and Nigeria could be granted exemptions as their output is curtailed by unrest. SCENE OF SURPRISES OPEC's last two meetings in Algeria produced surprise, bullish outcomes. In the city of Oran in December 2008, ministers emerged from hours of talks to announce a huge supply cut of 4.2 million barrels per day (bpd), causing prices to jump. The number actually included earlier cutbacks from previous meetings in the year. And in 2004, when growing Chinese demand was straining supply, OPEC met in Algiers and announced a surprise supply cut. Prices jumped and within weeks the decision was reversed. Now, OPEC produces a third of global crude or around 33.5 million barrels per day with Russia and the United States producing around 10-11 million bpd each. Record OPEC production has led to a massive spike in global oil stocks, currently standing at over 3 billion barrels. The International Energy Agency said this month oil supply will outpace demand at least until the second half of 2017, meaning prices will remain depressed and further stretching the budgets of OPEC producers and Russia. Several OPEC officials have publicly suggested levels by which global output shall drop to help prices recover. Algeria's oil minister said this week supply should be reduced by at least one million bpd. Russia said it was in theory ready to cap output by 5 percent. OPEC's secretary general has said the output freeze deal shall last to October 2017. "It is the closest OPEC has come to a deal in a long time but of course challenges remain and the elephant in the room is Iran and to a certain extent Iraq," said Amrita Sen from Energy Aspects. She said that if OPEC cut output by 1 million bpd it would help rebalance the market as it would reduce stocks by 290-330 million barrels over the course of the year, even if U.S. production started to recover due to higher oil prices. –Reuters