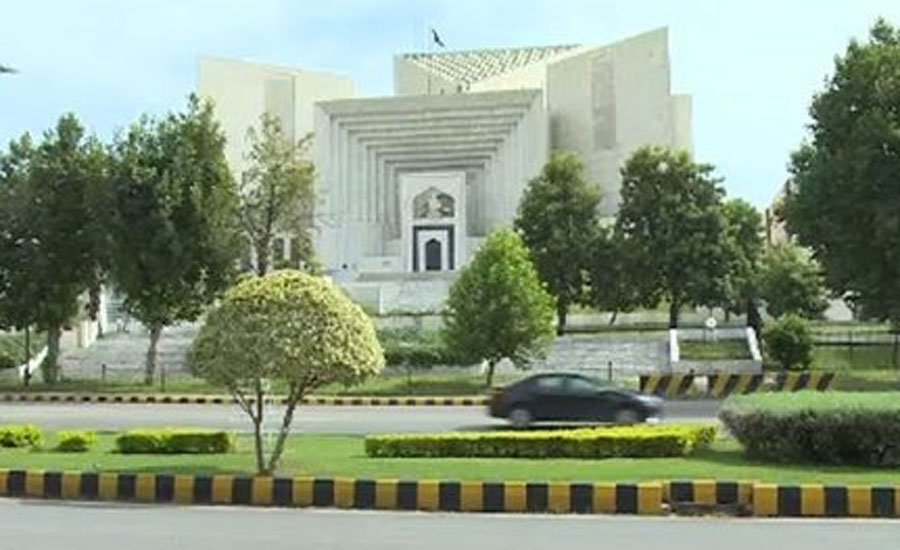 ISLAMABAD (92 News) - The Supreme Court has issued notices to the Sindh, Khyber Pakhtunkhwa, Punjab, Balochistan, and Islamabad advocate-generals, speakers of all provincial assemblies, and Election Commission in the presidential reference on holding Senate elections through an open ballot.

Attorney-General Khalid Jawed Khan filed the reference on December 23 asking for the top court’s opinion on the open voting.

A five-member bench, headed by Chief Justice Gulzar Ahmed, heard the reference on Monday. The attorney-general should present his arguments, said Justice Yahya Afridi. “Please tell us why the court should intervene in this matter.”

Earlier, the federal government filed a reference in the Supreme Court asking for its opinion on holding an open ballot for the upcoming Senate elections.

It is pertinent to mention here that the federal government filed a reference in the Supreme Court (SC) under Article 186 of the Constitution.

The government has also sought opinion of the court if the issue can be decided without amending the constitution and introducing amendment in section 122 (vi) of the Election Act 2017.

In an important development to hold the Senate elections through open ballot, President Dr Arif Alvi has on Wednesday signed a presidential reference seeking guidance of the Supreme Court (SC) over the matter. The attorney general filed the reference on Wednesday.

The reference said that the chances of horse-trading increases in secret ballots, adding that it hampers the country’s democratic processes.

The reference will be heard by Chief Justice Gulzar Ahmed after the Registrar’s Office finds it maintainable.