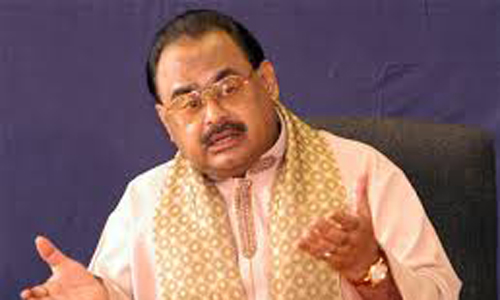 KARACHI (92 News) – Muttahida Qaumi Movement (MQM) chief Altaf Hussain has said that the operation has been diverted to the MQM under the garb of the arrest of accused. Addressing the Legal Aid Committee on Nine Zero on phone, he said that they were being defamed by showing the weapons brought from outside like the Jinnahpur conspiracy. He asked lawyers, rights organisations and journalists to raise their voice against the torture. The MQM chief said that his cousins and nephew were among the people arrested during the Rangers’ raid. He said that the people arrested from Azizabad are being treated like prisoners of war. “The MQM wants to end status quo and corrupt political culture,” Altaf Hussain said.