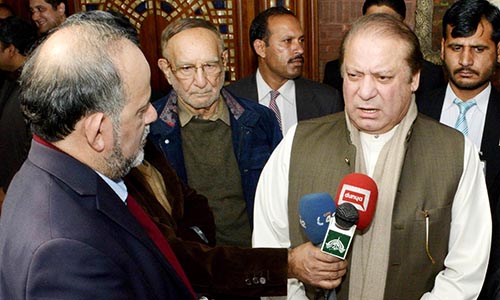 Talking to the media in Lahore on Saturday, he said that the Rangers would remain in Karachi as long as peace is restored there.

The prime minister said that affairs with India were moving in the right direction.

He regretted that the Pathankot incident had disturbed the negotiation process.

Prime Minister Nawaz Sharif said that the terrorists were now carrying out isolated acts to make their presence felt and they would be eliminated under an effective strategy.

He stressed the need for expediting implementation of some clauses of the National Action Plan. “Foreign reserves stand at over US$21 billion. The inflation rate is downing by two percent and all economic indicators show positive results. The country has been put on the path of economic self-reliance.”