RAWALPINDI (92 News) – Chief of Army Staff (COAS) General Raheel Sharif on Wednesday said the operations against terrorism must continue fearlessly. According to Director General (DG) Inter-Services Public Relations (ISPR) Major General Asim Saleem Bajwa, the COAS made these remarks while visiting the newly established National Counter Terrorism Training Centre at the Pabbi Hills. “We have resolved to cleanse Pakistan from all kinds of terrorism. Lets join hands, operations must continue fearlessly,” said COAS after witnessing the exercise by first batch of law-enforcing agencies (LEAs) trained by the Army. The first batch comprises 500 LEAs’ officials including 200 police, elite officials, 200 FC/Rangers, SPD, ANF, 100 ex PAF and PN officials, the DG ISPR stated. General Raheel Sharif said the Army is doing its best train all LEAs and build their capacity to chase terrorists out of their hideouts whether in urban or remote lands, the DG ISPR added. “While we train to fight terrorists, coordination and intelligence mechanism is a must to pre-empt incidents. Cooperation by masses in indicating suspects is critical.” Senior military, police leadership, home secretaries of provinces were also present on the occasion. 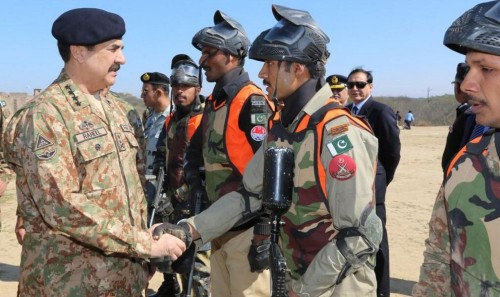 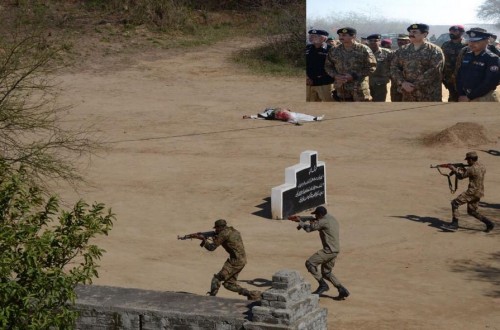