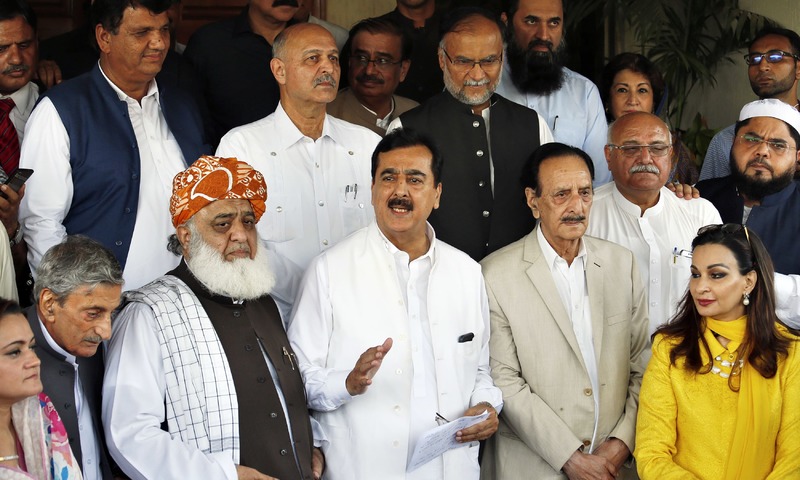 ISLAMABAD (92 News) – The opposition parties will hold another All Parties Conference (APC) in Islamabad today to finalize names of the opposition's candidates for the posts of prime minister, speaker and deputy speaker. They are also expected to decide a consensus candidate for the slot of opposition leader in the National Assembly. The APC will include leaders of the Pakistan Muslim League-N (PML-N), the Pakistan Peoples' Party (PPP), the Muttahida Majlis-e-Amal (MMA), the Awami National Party (ANP), the Pakhtunkhwa Milli Awami Party, the Qaumi Watan Party, the Pak Sarzameen Party, the Balochistan National Party-Mengal and others. However, Muttahida Qaumi Movement-Pakistan (MQM-P) has decided to join forces with the Pakistan Tehreek-e-Insaf (PTI) for the formation to government in the centre. The party has refused to become part of the All Parties Conference scheduled today and has pledged support to PTI.