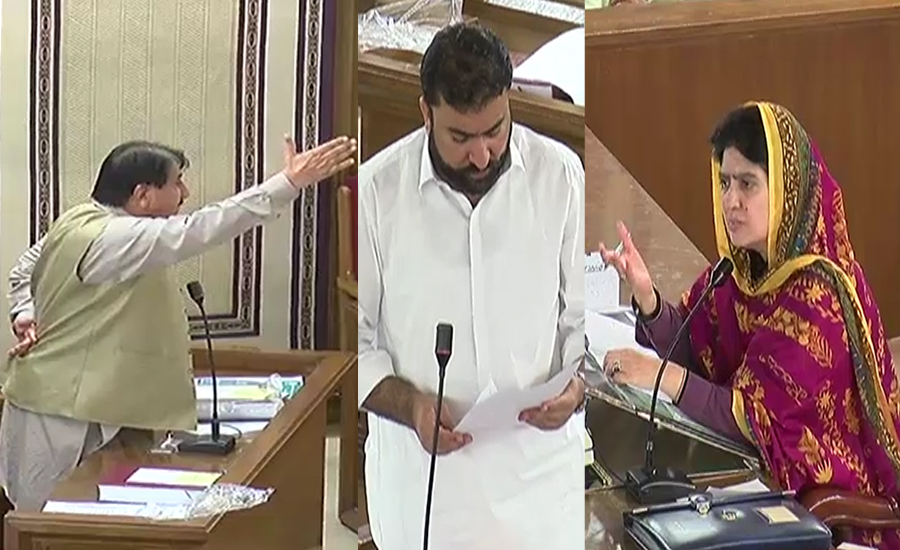 QUETTA (92 News) – The opposition and treasury members scuffled with each other during a session of the Balochistan Assembly on Wednesday. Balochistan Home Minister Sarfraz Bugti and Nasrullah Khan Zairay exchanged hot words and grappled with each other. The speaker got the mike of Obaidullah Babat turn off and expelled him from the assembly. The opposition leader accused the government of effacing the identity of the Pashtuns. He demanded that a separate province should be created.