Opposition, except ANP & QWP, agree on resignation of PM 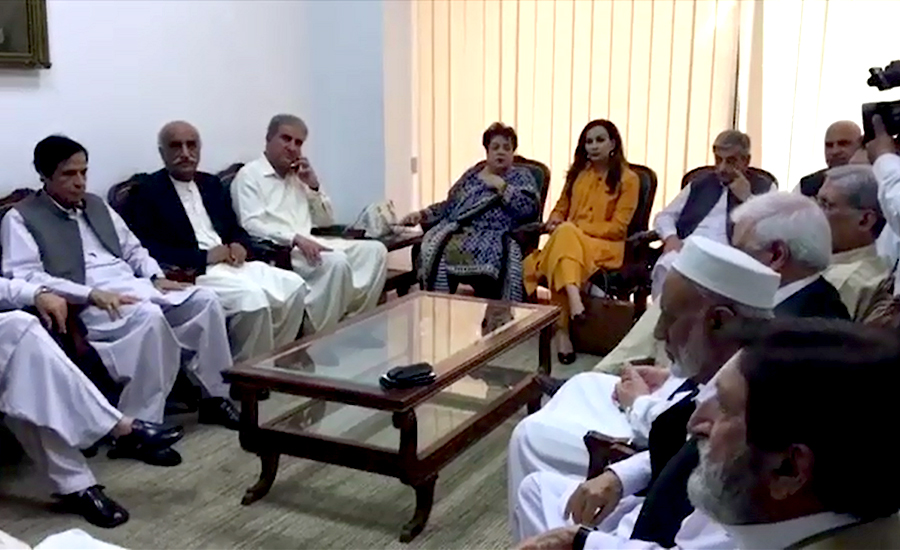 Opposition, except ANP & QWP, agree on resignation of PM

ISLAMABAD (92 News) – The opposition has on Friday decided to give the government a tough time as the Leader of Opposition in National Assembly Syed Khursheed Shah chaired a meeting of opposition’s parliamentary parties to review the current political situation in the country.

The meeting was held in the chamber of the leader of the opposition in the Parliament House.

Later talking to media, Khursheed Shah said that Nawaz Sharif has lost justification to hold to the premiership, adding that he should himself resign.

He said that the Joint Investigation Team (JIT) has exposed Nawaz Sharif three generations. The PM had promised the nation to resign if proven guilty and now he is lying, the PPP leader said.

The leader of the opposition went on to say that the nation and all opposition members want elections to be held on time and the assemblies to complete their tenure.

On the occasion, Pakistan Tehreek-e-Insaf (PTI) leader Shah Mahmood Qureshi said that the whole nation is watching towards the Supreme Court, adding that all political parties are with the democracy. “We do not have dispute with any political party,” he added.

Meanwhile, Jamaat-e-Islami (JI) chief Sirajul Haq said that the prime minister should resign, adding that justice and democracy will go hand in hand.

However, the Awami National Party and the Qaumi Watan Party did not endorse the demand for the resignation, saying that they should wait till the verdict of the Supreme Court.