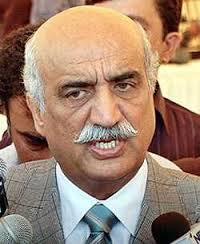 ISLAMABAD (92 News): The Opposition on Thursday walked out of the National Assembly against the imposition of new taxes. Leader of the Opposition in the National Assembly Syed Khursheed Ahmed Shah said the opposition would continue walkout daily till withdrawal of the increase in taxes. In response to Finance Minister Senator Ishaq Dar’s speech, he asked the minister to withdraw the increase in taxes. He called for reducing General Sales Tax (GST) from 27 per cent to 22 per cent besides decreasing additional taxes on furnace oil. Meanwhile, Rashid Godil of the MQM termed the new taxes a mini budget. The Opposition walked out of the House at last moment when the speaker was adjourning the proceedings till Friday morning.