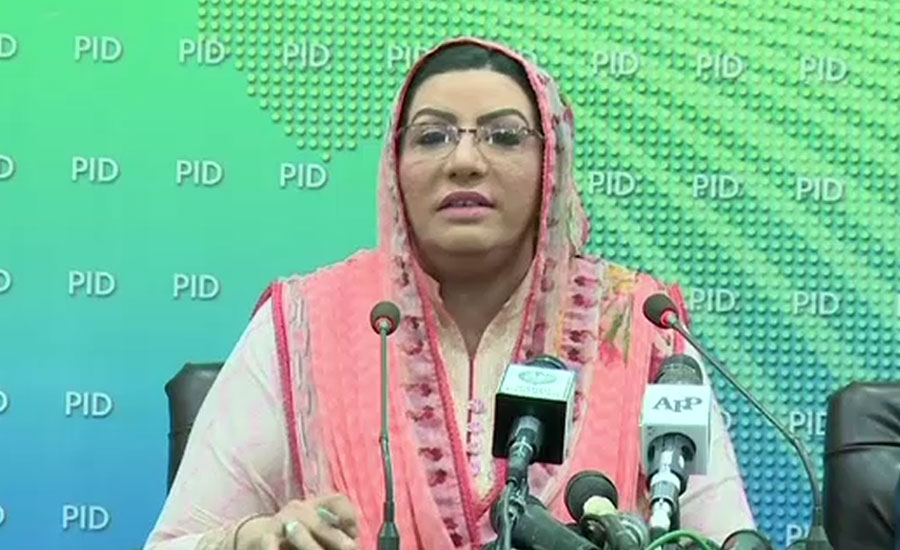 Govt wants to steer country out of challenges

She mentioned that the Pakistan Tehreek-e-Insaf (PTI) government will get the federal budget 2019-20 passed on the basis of its numerical majority in the National Assembly. She also said that governance and working of institutions are linked with budget approval. she said the opposition parties and other parliamentarians must also realize that the passage of the budget is a constitutional and national requirement. Dr Firdous said the people will not take to the streets on the call of the opposition parties. She said both the PML-N and the PPP are responsible for the problems faced by the country and the people today. However, she said that it is our desire to engage with the opposition and steer the country out of challenges. https://www.youtube.com/watch?v=sGG_FdLnR40

Meeting of Bilawal, Maryam has no link with democracy: Firdous

Special Assistant to Prime Minister on Information Dr Firdous Ashiq Awan on Sunday said that meeting between the convicted princess of Sharif’s Kingdom and the crown prince of Zardari’s Kingdom at Raiwind Palace has no link with democracy. Reacting to the meeting of Bilawal Zardari and Maryam Nawaz, Dr Firdous Ashiq Awan took her twitter and said that both the PML-N and PPP had started the process of transferring politics and property to their next generations and this gathering was a step towards achievement of that goal. She lamented that the soul of Shaheed Benazir Bhutto must be perturbed and unhappy today. He also hoped that for satisfaction of courts, the two would give a clear agenda for bringing back absconding brothers of Maryam and other Shrif family members and inform the nation about it.